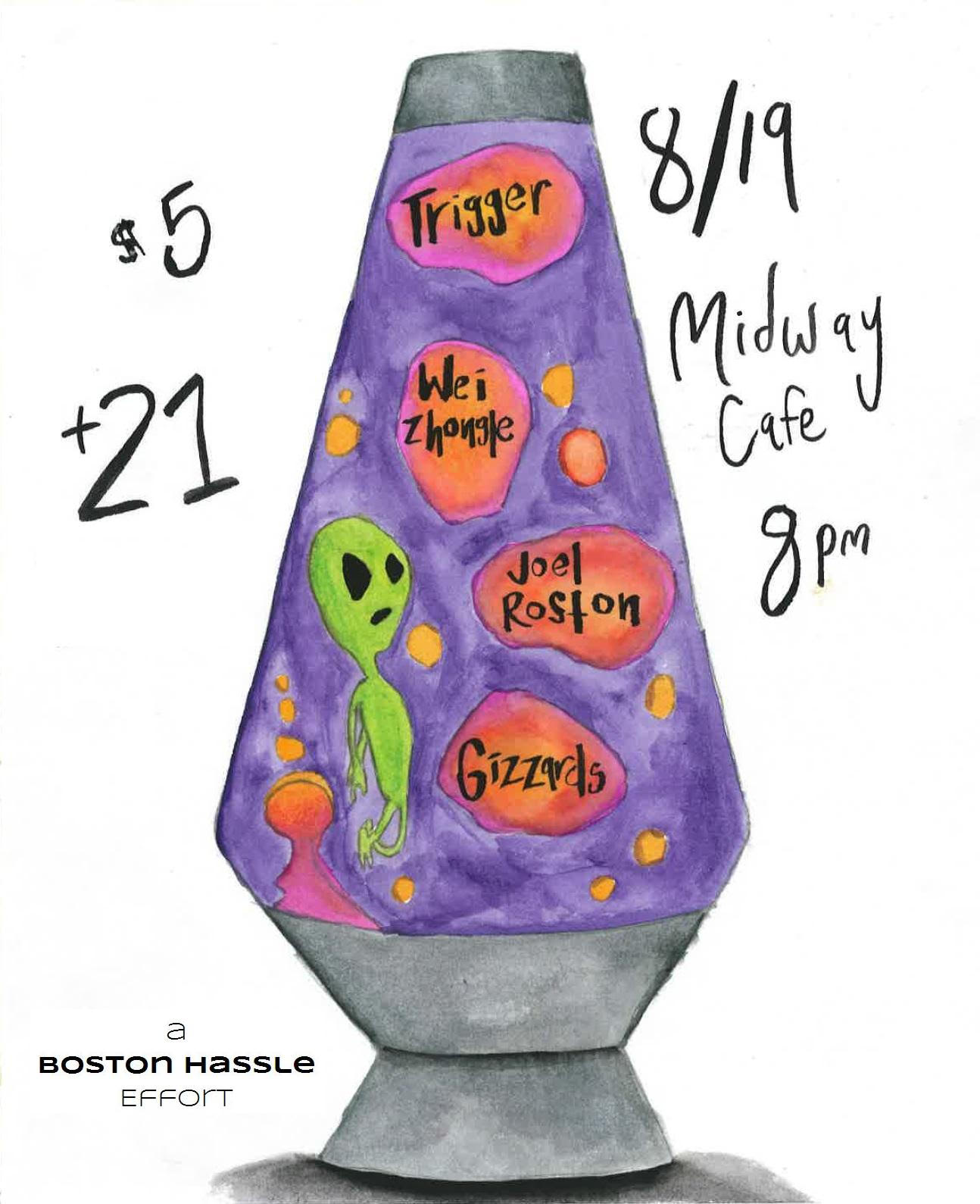 What? $5!!!! Yes, only $5! This show will be repugnant to nothing on this wednesday night. Your wounds will be healed by Wei Zhongle, Gizzards, Joel Roston, and Trigger. You know those deep worries you may be feeling? These bands get it. They can help you out. Was someone a dick to you at work? Just go to the show, fuck around ,and have fun. Listen to the music while fucking around, if you’re someone who can do that. Be grabbed by Wei Zhongle’s constant, trance-like brand of experimental rock. You never know what kinds of beautiful, unforeseen noises they may make and use to hypnotize you. Trigger includes a former member of Guerilla Toss, which has certainly influenced their songwriting. Gizzards and Joel Roston will be there to make this a memorable night.