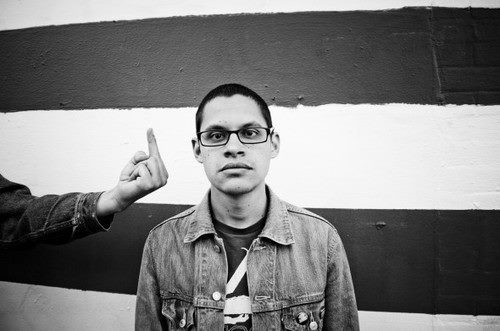 Two recent releases — the wistful riff rock of his first solo album, Dissed and Dismissed, and his new hardcore band Caged Animal’s barbaric debut EP — illustrate the striking dichotomy that runs throughout Molina’s discography over the last eleven years. On Dissed and Dismissed, Molina intensifies the slacker clichés and self-deprecation of Nineties indie rock into absurdist hyperbole. He expresses vulnerability and melodrama through bizarre truisms while referencing his forebears: Thin Lizzy leads, Radiohead lyrics, Replacements sneer. Molina appropriates unapologetically, but distills the past into bursts of reverence less than a minute long.

Andee Connors, of vaunted San Francisco music institution Aquarius Records, attempted to catch up with Molina’s bountiful recordings, releasing a 44-track, self-titled Ovens CD on his own tUMULt imprint. The massive compilation contains recordings from 2006 to 2008. In his writing for the Aquarius catalog, Connors has repeatedly christened Molina a “pop genius.”
Listen: http://tonymolinahyv.tumblr.com/

Wildhoney
Wildhoney formed in late 2011, aiming to write pop songs with the energy and malcontent of hardcore punk, but without its entrenched masculinity. The five-piece has since become one of the loudest—and sweetest—bands in its hometown of Baltimore.’Sleep Through It’ expands on two excellent 7-inches and one cassette EP, drawing influences from ‘60s girl groups, ‘80s post punk, indie pop, and shoegaze. Throughout the album, the group’s blasts of distortion and use of dense textures are balanced with beautiful pop tunes and chiming guitar work. Sleep Through It was recorded at Beat Babies Studio in Woodstock, Md., with Chris Freeland (Lower Dens, Wye Oak).
Listen: http://wildhoneysound.com/

Liked it? Take a second to support dlm on Patreon!