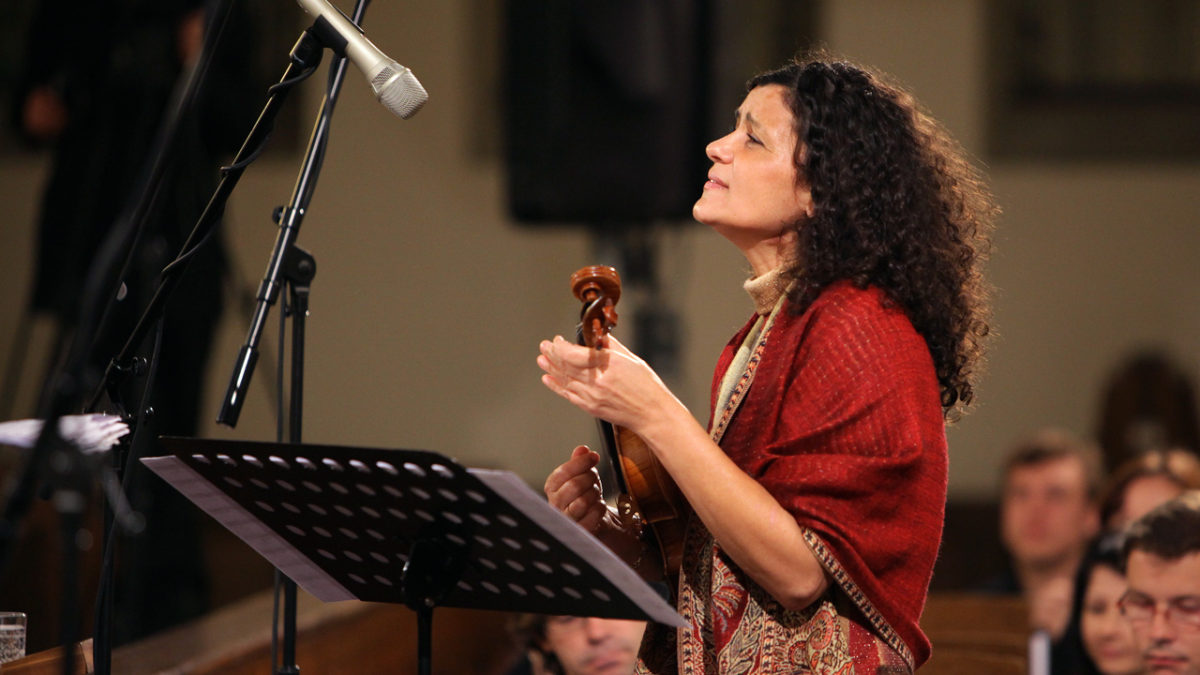 The MIT Symphony Orchestra (MITSO) begins its 2019-20 season with music inspired by Czech folk music. But instead of the often-played symphonic fare from Czech composers like Dvořák or Smetana, The Heart is a Bell: Iva Bittová with the MIT Symphony presents compositions by twentieth-century Czech women: the US premiere of Bittová’s Zvon, and the Suita Rustica by Vítězslava Kaprálová. The October 10th program also includes Frog’s Eye, by Evan Ziporyn, faculty director of the MIT Center for Art, Science & Technology (CAST) and acting director of MITSO this season.

Although they were created 75 years apart, Suita Rustica and Zvon both offer a decidedly modern take on Czech folk music. Zvon in particular contextualizes Czech folk traditions in a modern context, with an ensemble that includes Bittová’s unique solo voice and a jazz combo featuring bassist and MIT Affiliated Artist Keala Keumeheiwa.

Bittová is a frequent musical collaborator at MIT who has performed with a variety of groups, including the improvisational trio EVIYAN (with Gyan Riley and Ziporyn), the Festival Jazz Ensemble and with Pilobolus Dance, for MIT One World.

Known for her musical fluidity and riveting performances, the former actress is adept at culling diverse musical languages, while retaining their authenticity. “Her music is a full reflection of who she is,” says Ziporyn. “She comes from a family of traditional musicians, plays jazz, has a degree in early music; she’s played Donna Elvira  in Mozart’s Don Giovanni , performed Schoenberg’s Pierrot Lunaire, Berio’s Folk songs and Schnittke Faustus Cantata. And in all of these contexts, she sounds inimitably like herself.”

Bittová, says Ziporyn, brings a singularly eclectic approach to music-making, and an opportunity to expand MITSO’s musical repertoire as only she can.