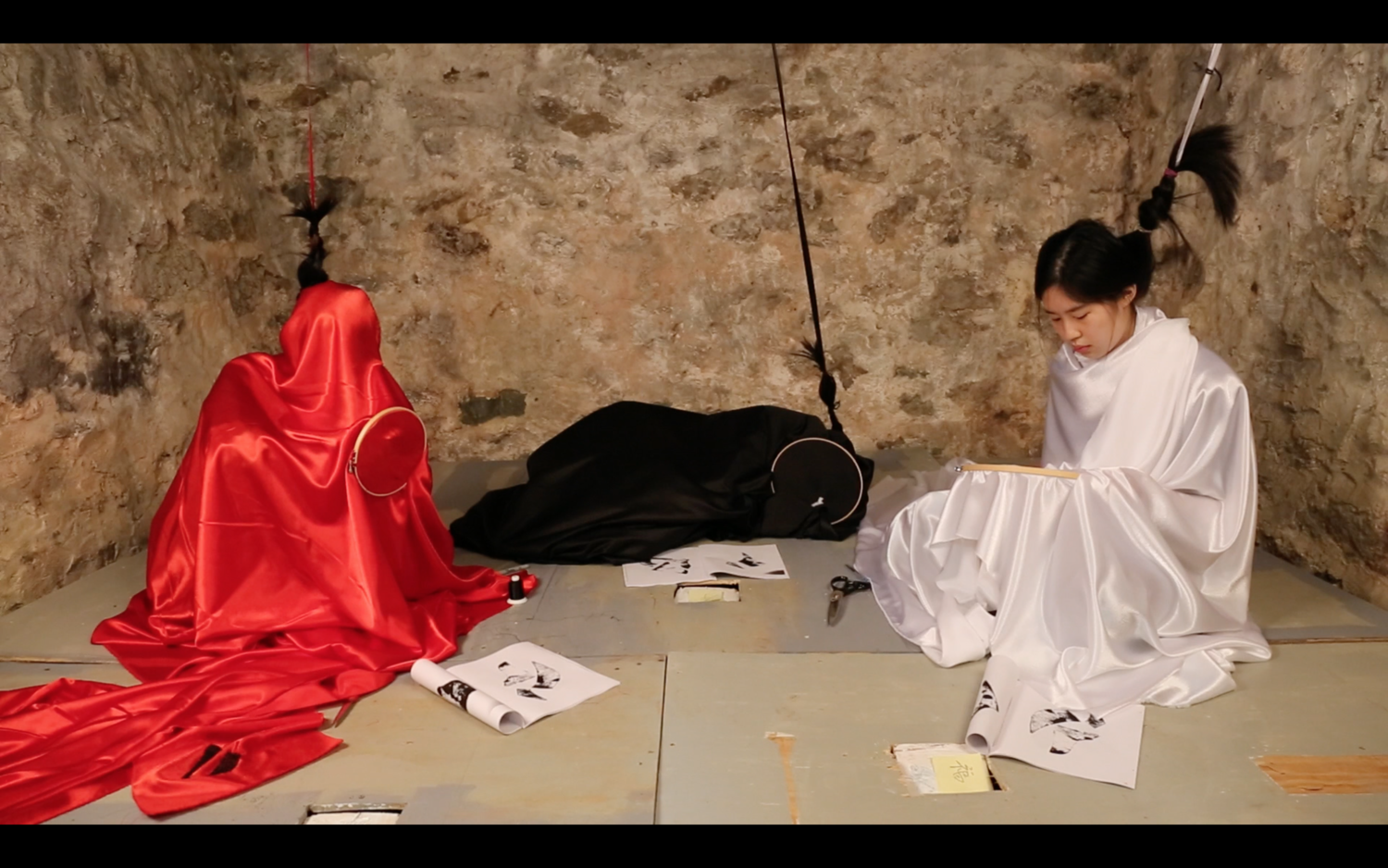 STAND UP: Women* You Should Know
Salon conversation hosted by Silvi Naçi with Furen Dai

We continue the third season of Gertrude’s Artists Salon with a conversation on the topic STAND UP: Women* You Should Know hosted by Silvi Naçi in conversation with video performance artist, sculptor and linguist Furen Dai. In this conversation we will be exploring the interdependent themes of language and cultural politics and class, in regards to economic conditions and performance art. With a background in linguistic study, and working as interpreter for several years in China, Dai’s practice centers on language and the culture built through it, reflecting on various forms of interpretation. In her previous work as interpreter, Dai was often in a position between two cultures attempting to examine where these two cultures met, overlap and where they differentiate. However, in her artistic practice, her voice as artist, as individual comes through in the interpretation of image making and documentation of both traditional and contemporary cultures in China, and ultimately giving voice to the women in the cultures she emphasizes in her work.

Furen Dai is a multimedia artists based in Boston, Massachusetts, working mostly in video, performance, sculptural installation as well as painting. Dai has presented exhibitions nationally and to a wide range of audience internationally in Italy, Argentina, Russia, China, Vietnam, Spain and more. She holds a Masters in Fine Art from The Museum of Fine Arts at Tufts University (Boston, Massachusetts) and Post-Baccalaureate Certificate in Studio Art, a Graduate Diploma in Entrepreneurial Management from Boston University School of Management (Boston, Massachusetts), and a Bachelor of Russian from Beijing Foreign Studies University (Beijing, China). Forthcoming, Dai is part of the Listhús residency program in Iceland, along with presenting her work in numerous group exhibitions. She is currently a Graduate Teaching Fellow at School of The Museum of Fine Arts at Tufts University.

Naçi’s work investigates identity, family dynamics, cultural identity, sex, class and the consequences of patriarchal power. Naçi, who was born and raised in Albania (a former communist country), engages in the dialectic between the aesthetically beautiful and historical genealogy as well as identity and socio-political structures. Her work is deeply rooted in feminist ideas, family structures and historical and contemporary social constructs. Naçi works with performance, photography, video, drawing and found historical imagery.