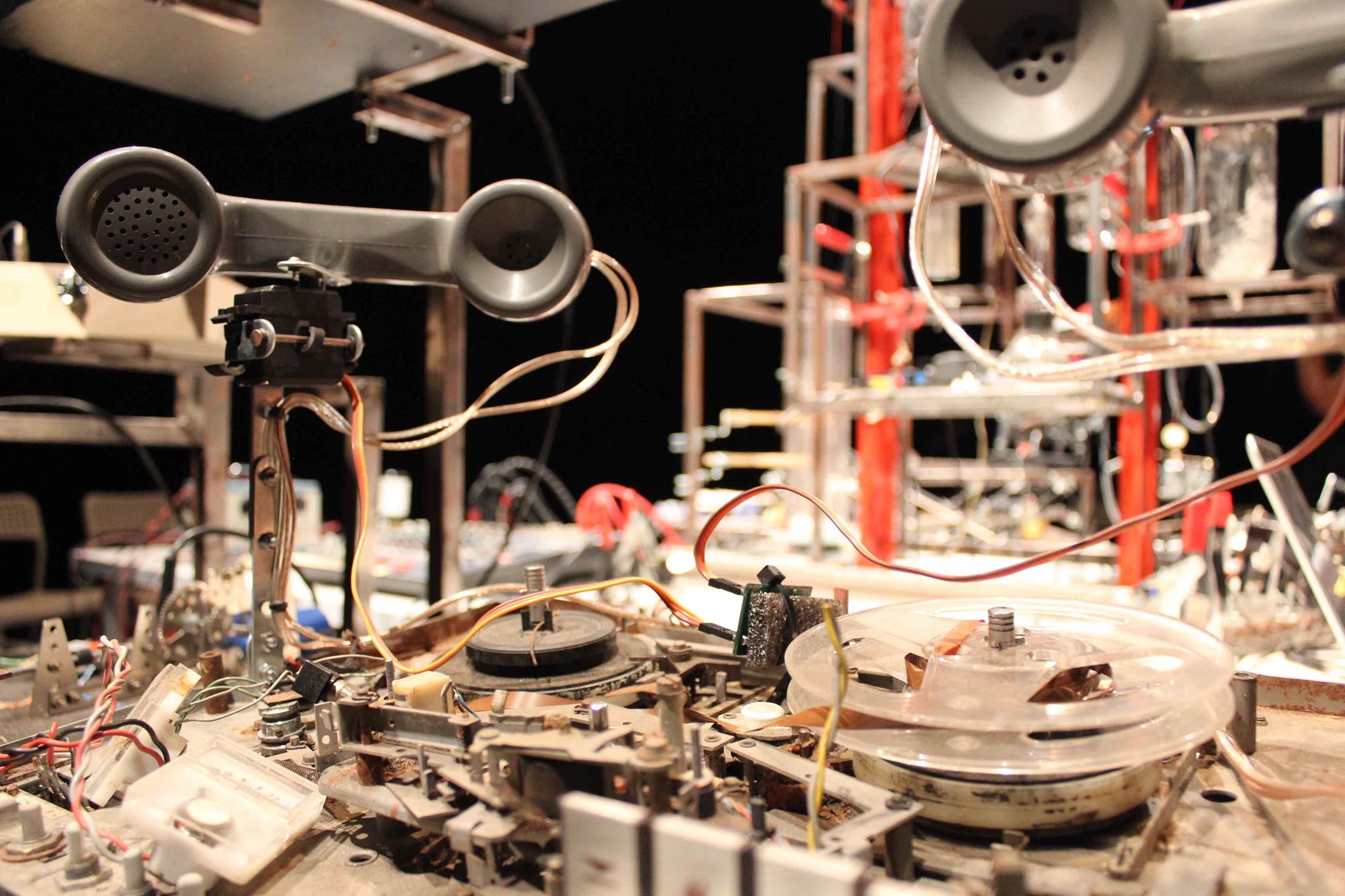 Sonoscopia, is an experimental music collective / association based in Porto, Portugal. Their project Phobos is a set of small robots and automatic music generation devices that form an orchestra of strange instruments with defects, genetic mutations and erratic behaviors.

Providing a critique of the technological overlapping over human thought, the function of labor and modern forms of slavery, as well as an historical retrospective of the various attempts of human liberation through machines, its technological utopias, the advances and retreats of freedoms. The name comes from Greek mythology, where Phobos is the incarnation of fear, and is also the name of the largest moon of Mars, doomed to disappear due to the proximity of its orbit to the planet.
http://www.sonoscopia.pt/en/works/phobos

Andrea Pensado uses voice and electronics to make her music. Max is her main tool. The programming emphasizes the mapping of synthesis parameters into performance gestures. The approach to both, programming and performance is highly intuitive. The harsh cut up noise result, mixed with the strong emotional component of her music, generates a deeply personal sonic language which inevitably gives rise to intense responses in the most diverse audiences.
http://www.andreapensado.com/Andrea_Pensado/Home.html

Id M Theft Able performs within and without the realms of noise, avant-improvisation, sound poetry, performance, etc. using voice, found objects, electronics, and whatever else is available. He has given hundreds of performances across four continents in various settings. He documents his work on mangdisc, an audiovisual label that serves as a vehicle for distribution (including a “found” series) that releases modest quantities of individualized works presented in whatever medium is available at the time.
http://www.kraag.org/ktaag.htm

Bromp Treb is the clumsy body music of refined dysfunction. It is the sound of eager uncertainty. It is an improvised maze of crooked rhythms and tangled textures made with voice, synthesis, percussion and movement. Bromp Treb is a long-running solo project of artist Neil Young aka Neil Cloaca Young.
https://bromptreb.bandcamp.com
http://yeay.suchfun.net/artists/bromp2info.html