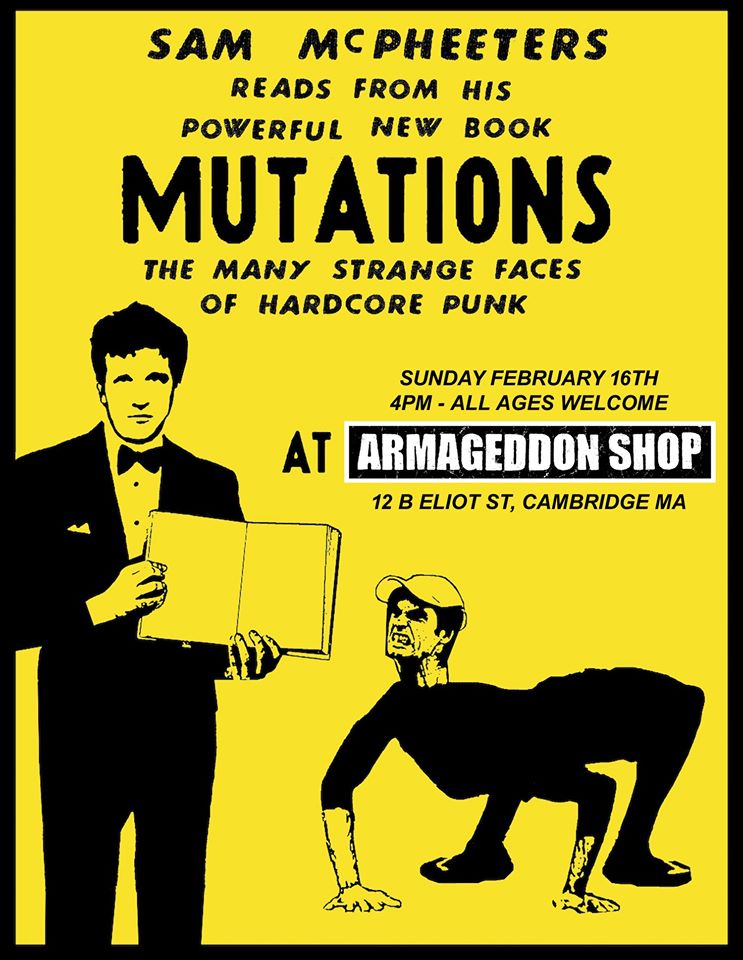 As the singer for the seminal groups Born Against, Men’s Recovery Project and Wrangler Brutes, Sam McPheeters was responsible for writing such confusing and awesome songs as “I Am a Idiot” and “Email is a Mens Room.” He once released a record that was a recording of him reciting a speech by Patrick Henry. In short, he has a way with language. He’s recently given himself a broader platform, writing a popular blog and a host of magazine articles, all leading up to the release of this book, Mutations, which, it turns out, is not his first book. Here, let us all be witness to his continual rebirth as a writer.