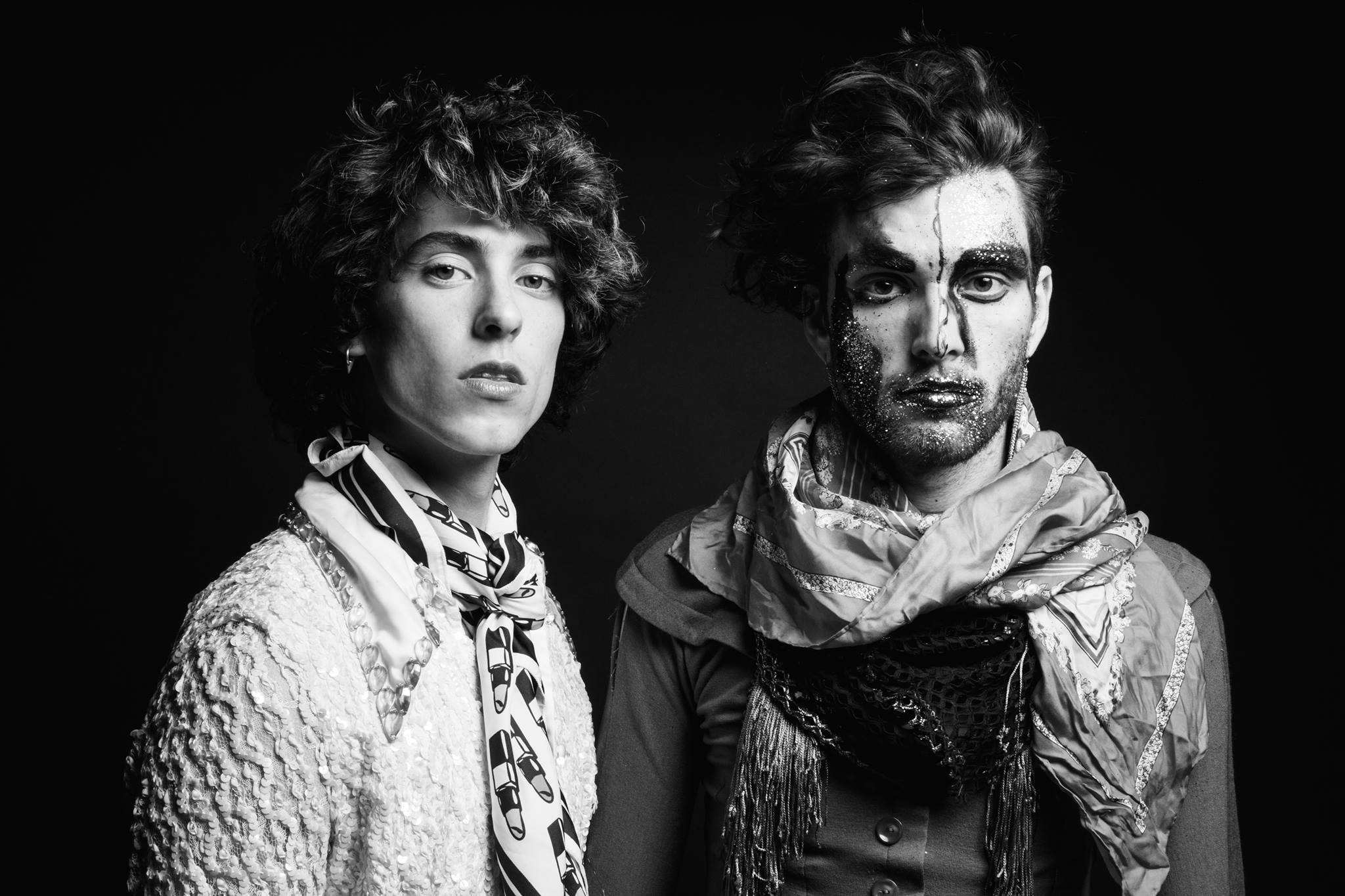 PWR BTTM is a queer punk band consisting of Ben Hopkins and Liv Bruce. The band was formed at Bard College where Bruce and Hopkins bonded over a mutual interest in bringing elements of performance and drag artistry into DIY culture. While at Bard the duo recorded a demo, Cinderella Beauty Shop, and the Republican National Convention split EP with Jawbreaker Reunion. On these releases, Hopkins plays guitar and sings, and Bruce plays drums. Since then, the two have begun to share vocal/songwriting duties and have also started to trade off instruments.

This development is very much apparent on their debut LP, Ugly Cherries, an album documenting the duo’s experiences with queerness, gender, and adulthood over the course of a year of living in upstate New York. Ugly Cherries was recorded by Christopher Daly at Salvation Recording Company in New Paltz, NY and mastered by Jamal Ruhe at West West Side Music. Since recording the album, the band has toured alongside Ra Ra Riot, Mitski, Car Seat Headrest, among others, as they spread their infectious live show across the USA and beyond. Their full-length record is out now as a dual release on Miscreant Records and Father/Daughter Records.