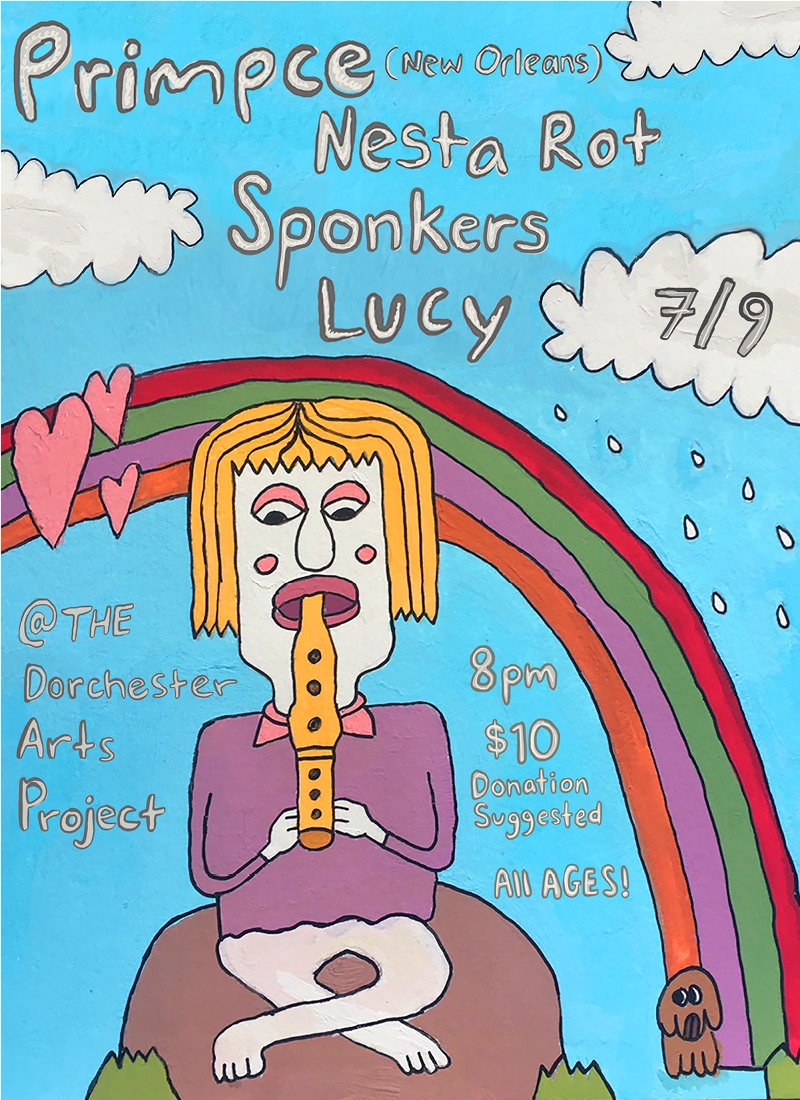 SONIC COLLAGE GIG. A wild delight of a night! I’m not sure it matters that this is one of the most interesting bands I’ve heard in awhile. Don’t mean shit if we cant get a few people to come check it out right? So what can I say? I’ve dug into the discography of PRIMPCE a bit and I can’t find anything that isnt freaky deaky and also engaging as hell. Part tight noise rock part patient sound art they’re apparently coming with a band that looks and sounds more like Devo than what they’ve captured to tape. That do it for you? Don’t you like Devo!? Besides that these lads are from New Orleans which is honestly a bit rare to have such southern travelers up here but shoot if you cant appreciate that then I should just give the eff up. Paired with this exceptional band will be weird ass kid NESTA ROT who has been emailing us from Fall River or someshit with his off-brand hip hop and noise pop. Obviously we said hell yeah dude play with Primpce. Similarly Lucy (who opened Hassle fest last year) comes from a stones throw (W Mass) to drop beats and deter creeps. Sponkers I aint ever heard of but I trust sophia with my life so even if we are the only two people at the gig it will be a wholly inspiring and unique sounding noise party that maybe we can film and make video of that we could then sell? Gotta support the touring bands somehow… So check out the links and check out some bands Spotify doesnt know about. At least not yet.