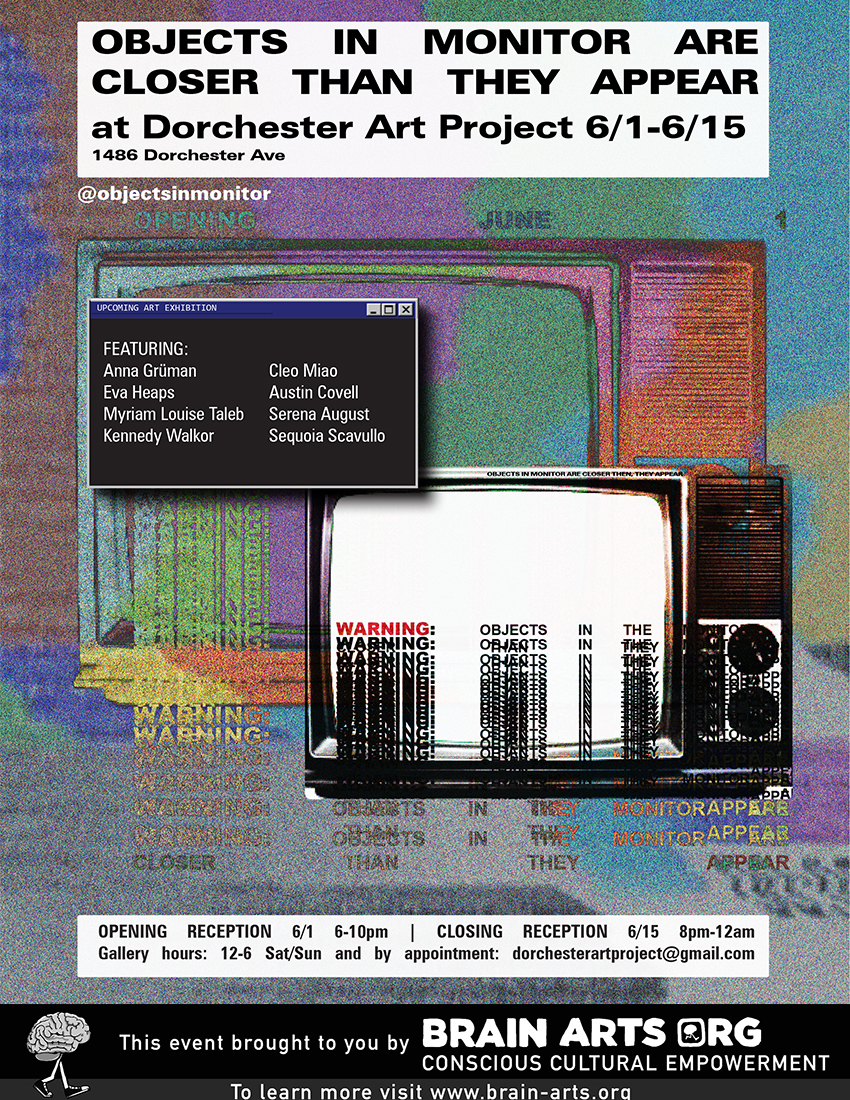 The work presented in Objects in the Monitor are Closer than they Appear range in medium from installation to video to performance art and painting. Due to the subject matter and technology used, many would label these eight emerging artists included in this show as “New Media” artists. Encompassing virtual reality, the moving image, video, sound, the immersive experience, “new media” is a buzzword which carries high-brow connotations that alienate the viewer from the artist. The works presented in this show are not connected under the umbrella of ‘new media” but rather through their shared exploration of the phenomena and ideologies that drive our contemporary moment and the complications therein. Though our perceptions of the world are mediated by new technology, we are careful to not worship progress as a false idol.

We are pointing to the ideological void created by the conflicts of religion and capital: to the ongoing struggle between iconoclast and God-maker.

We are pointing to the planned obsolescence of technology and society, and to the nostalgia for a future that wasn’t already cancelled.

These cultural drivers produce symptomatic abuse and trauma that have become impossible to ignore. Through a repurposing of current communication technologies, or “new media”, with which we in the post-industrialized world are ceaselessly engaged with, the contributors to OITM ask you to consider your relationship to these forces, both globally and personally. Come see how close the objects in the monitor really are.