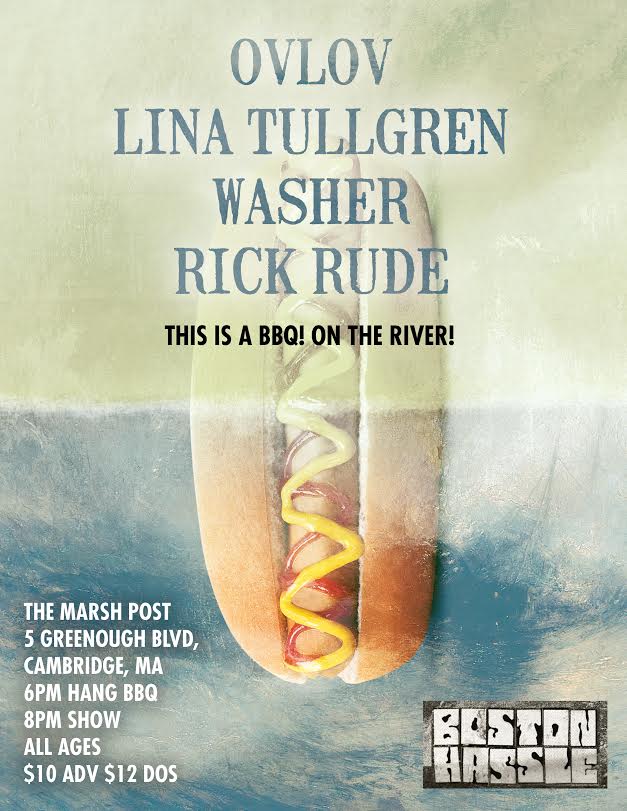 It’s cookout season friends! And what better place to throw some shrimp on the barbie than on the shores of the mighty Mississip..err Charles River! BYOF (that’s food) and we’ll facilitate your grillin and chillin with some tenacious tunes for this midsummer night’s dream. We’ve got several flavors of ROCK for you to sample from the honest, comforting campfire serenades of Lina Tullgren to the pine tree punk of Rick Rude who’re leaving behind the New Hampshire wilds to sonically strip us of our inhibitions with their meandering sludge. Get down with it! Plus Exploding in Sound’s Washer will lay down some of their post-hardcore fueled, pickup truck lullabies alongside label mates Ovlov whose slacker rock (on speed) paints an emotional and uncompromising picture. It’s rock, it’s fuzz, it’s outdoors. Blow off some steam and bathe in the starlight.
– Mike Achille

Liked it? Take a second to support Michael Achille on Patreon!