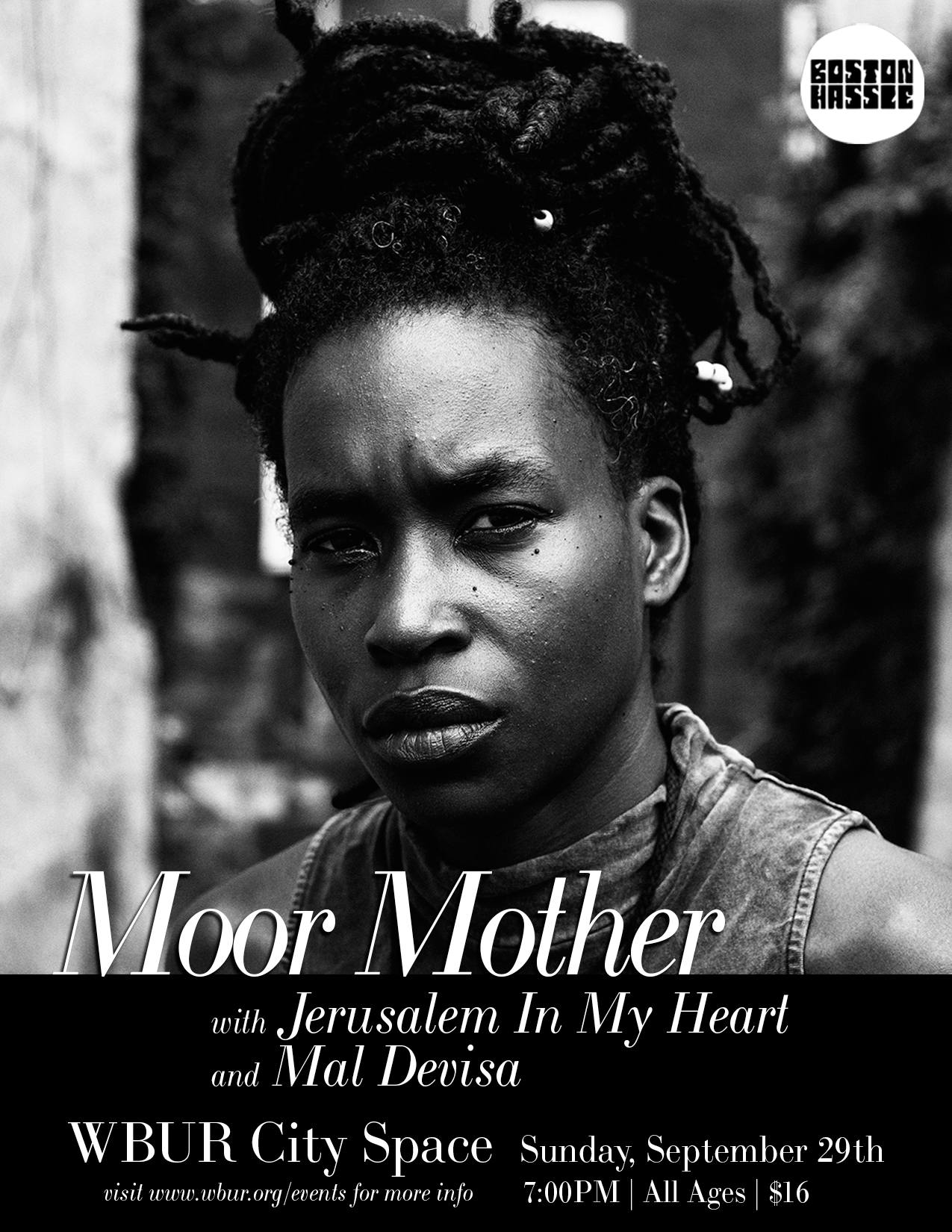 In late 2016, she released her debut album Fetish Bones on Don Giovanni records to critical acclaim. Fetish Bones was named 3rd best album of the year by The Wire Magazine, number 1 by Jazz Right Now and appeared on numerous end of the year list from Pitchfork, Noisy, Rolling Stone, and Spin Magazine. She has since released ‘The Motionless Present’ commissioned by CTM X VINYL FACTORY 2017, as well as fronted the groups Irreversible Entanglements and Moor Jewelry and 700bliss. Thanks to her unstoppable energy, she has recently peformed at a host of vital festivals including Borealis, CTM, Le Guess Who?, Unsound, Flow, Rewire and Donau.

Event in partnership with WBUR.