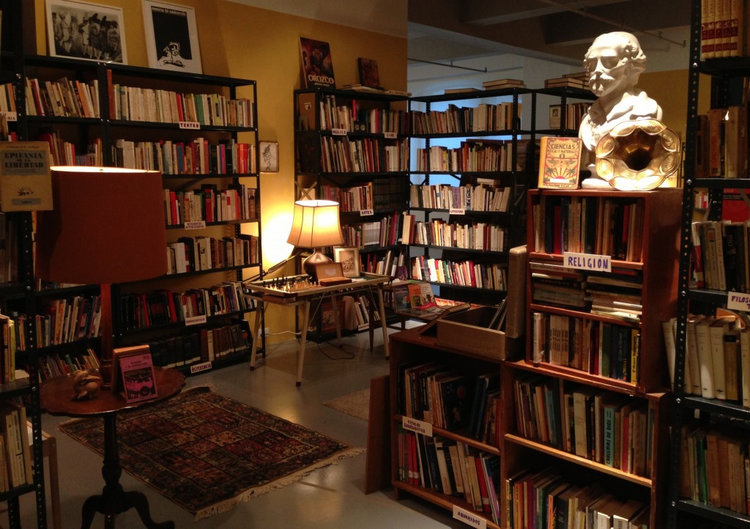 Librería Donceles a socially engaged art project consisting of an itinerant bookstore of more than 10,000 used books in Spanish. The participatory art installation is a meeting place for the community, hosting a series of bilingual salon-like gatherings for conversations, performances and workshops designed to encourage cultural understanding, tolerance, and social activism.

Created by New York-based artist and educator Pablo Helguera out of a desire to address the lack of literary outlets that serve the growing Hispanic and Latino communities in the United States. Taking its name from the historic street, Calle Donceles, in Mexico City that is lined with used bookstores, the installation premiered in Brooklyn, NY in 2013 and has since traveled to Phoenix, San Francisco, Seattle, Chicago, and Indianapolis. Boston was the bookstore’s last stop! Librería Donceles has been the sole Spanish-language bookstore in every city it has occupied. There are millions of Spanish speakers in the US and yet a scarcity of books in Spanish.

Part functioning bookstore and part participatory installation, Librería Donceles confronts the very tangible implications of particular social dynamics, revealing social structures that exist within plain sight, while powerfully advocating for equity through the physical presence of a bookstore.  The situation has been made more critical by rapid transformations in publishing, with the rise of e-books and the demise of bookstores of all sorts.
—