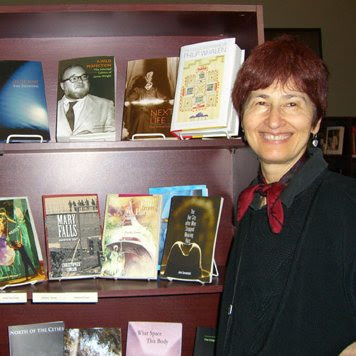 Karen LaLonde Alenier is the author of six previous collections of poetry, including Looking for Divine Transportation (The Bunny and the Crocodile Press), winner of the 2002 Towson University Prize for Literature. Her poetry and fiction have been published in such magazines as the
Mississippi Review, Jewish Currents, and Poet Lore. In 1982, through New York’s School of Visual Arts, she worked with Paul Bowles in Tangier, Morocco, on her poems about Gertrude Stein. Some of these poems became part of her opera libretto on Stein.She is author of The
Steiny Road To Operadom: The Making Of American Operas, a book about contemporary opera. Since 2013, she has been leading an international online study group on Gertrude Stein’s long poem Tender Buttons.

She is a graduate of the University of Maryland College Park in French language and literature and a fellow of the Virginia Center for the Creative Arts. Since 1986, she has worked in a leadership role with the literary nonprofit The Word Works, promoting contemporary American poetry. 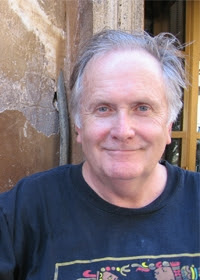 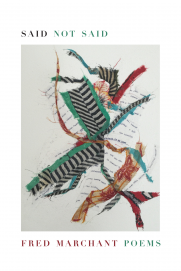 Fred Marchant is Professor of English and the Director of the Creative Writing Program, and The Poetry Center at Suffolk University in Boston, he is a graduate of Brown University, and later earned a PhD from The University of Chicago’s Committee on Social Thought. He is a longtime teaching affiliate of The William Joiner Center for the Study of War and Social Consequences at the University of Massachusetts-Boston, and was himself a conscientious objector within the military during the Viet Nam War. He has taught workshops at various sites across the country, including The Robert Frost Place (Franconia NH), the Fine Arts Work Center (Provincetown, MA) and the Veterans Writing Group (Sebastopol, CA). In 2009 Marchant was co-winner (with Afaa Michael Weaver) of the May Sarton Award from the New England Poetry Club, given to poets whose “work is an inspiration to other poets.”

Fred Marchant’s The Looking House (Graywolf Press, 2009) was named by Barnes & Noble Review as one of the five best books of poetry in 2009. The San Francisco Chronicle picked it as one of the ten best collections of poetry, and the Massachusetts Book Award committee listed as one of the “must reads” of the past year. Marchant is also the author of Tipping Point, winner of the 1993 Washington Prize in poetry, and Full Moon Boat (2000). A new and selected volume, House on Water, House in Air, was published in 2002. He has co-translated (with Nguyen Ba Chung) From a Corner of My Yard, poetry by the Vietnamese poet Tran Dang Khoa, published in 2006 in Ha Noi, Viet Nam. Marchant is also the editor of Another World Instead: The Early Poems of William Stafford, 1937-1947 (2008), a selection that focuses on the work done while Stafford was a conscientious objector during World War II.
“Marchant’s wisdom is impeccably welded to his sense of how words should sound when connecting thought to experience, and how the contemporary and the ancient are inseparable. . . .[Said Not Said is an eloquent engagement with a history we will always need to understand better, as we make collective effort to bend toward justice. Fred Marchant is a blessed, vital part of that task.”-The Rumpus