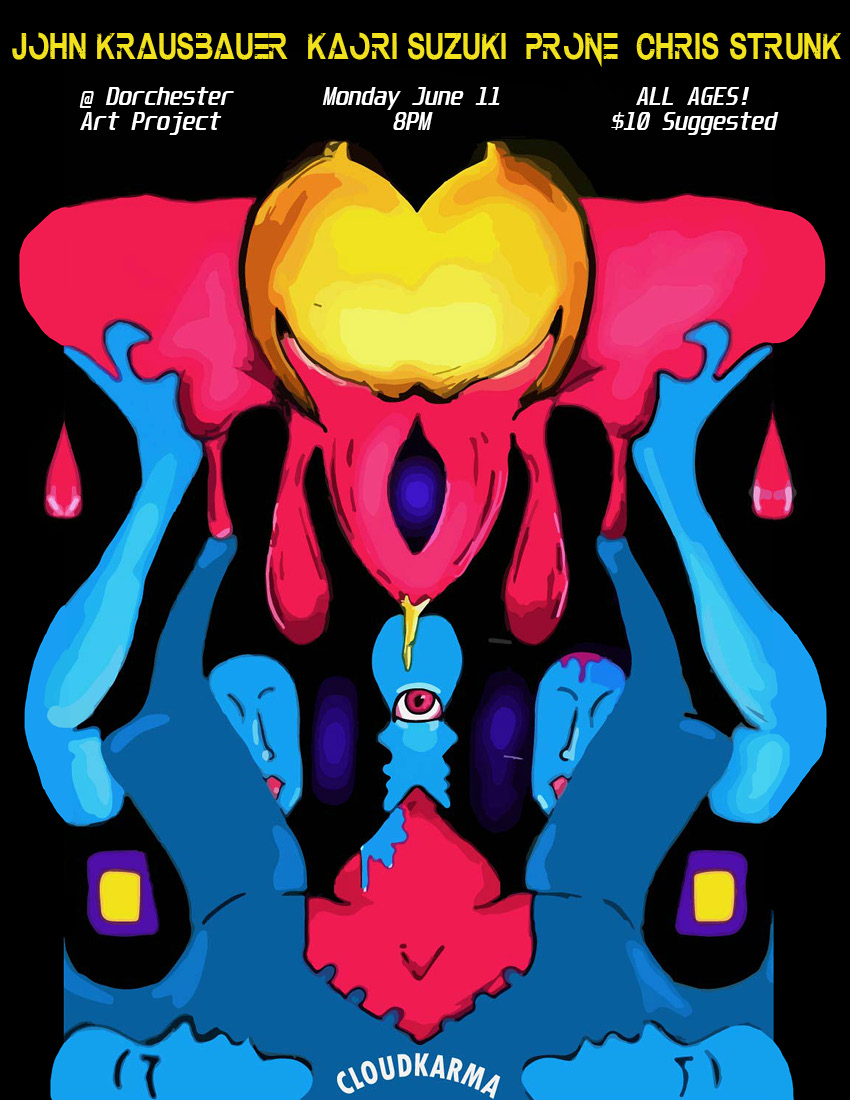 Drone away the Monday blues with this noise gig at Dorchester Art Project. Metaphysical brain soup…slip into a gooey, meditative state and let the sonic whirlwinds swallow all your doubts and fears. Two enigmatic and brilliant touring artists – John Krausbauer and Kaori Suzuki – are bringing their talents to beantown, alongside the extraterrestrial echoes of locals Prone and Chris Strunk. Time to dream with your eyes open…get to the gig! 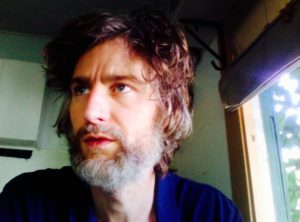 John Krausbauer (b. Indianapolis) is a music conceptualist/multi-instrumentalist currently living in Oakland, CA.

He has performed and presented his music in the U.S., Canada, and Japan, in a multitude of settings – from basements, sidewalks, and rock clubs to colleges, churches, and art galleries. Numerous recordings of his have been released on independent labels in the US, Europe, and Japan. 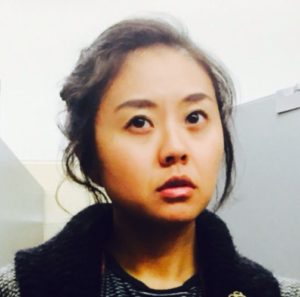 Kaori Suzuki (b. Tokyo) is a composer of electronic and electroacoustic music living in Oakland, CA.

She has toured the U.S. and Japan, and has presented her solo and collaborative music in a variety of settings from DIY venues and galleries, music festivals such as Debacle Fest (Seattle), S1 (Portland), and the San Francisco Electronic Music Festival, to academic institutions such as Mills College, Stanford (CCRMA), and Berkeley Art Museum.