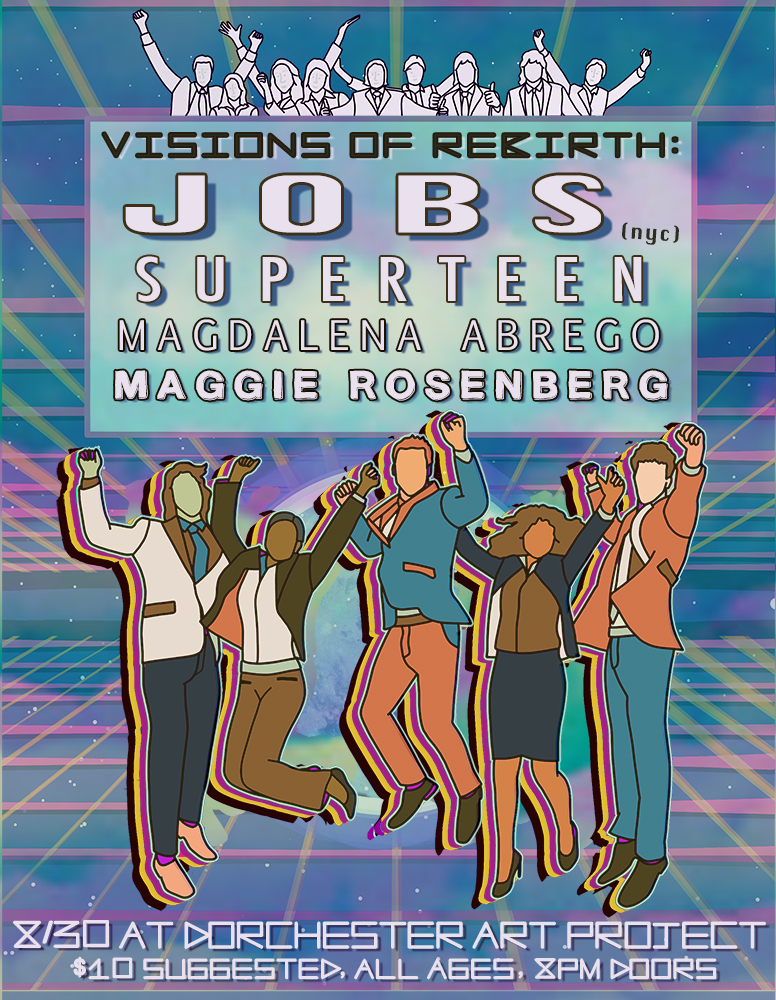 When the twisted yet brilliant mind of David Lynch produced the iconic series “Twin Peaks” over 25 years ago, it’s rebirth and subsequent plunge off the demented deepend on Showtime was far from a forgone conclusion. Now that the series has been elevated from obscure cult hit to cool Millennial talking point, it makes sense that Brooklyn based experimental outfit Killer Bob would change their name to the decidedly “un-Googleable” JOBS–a moniker as indeterminate as their genre. With jarring tunes that blend accessible melodies and sharp, abrupt twists, the band allows hypnotic beats and fuzz to meander in and out of acerbic riffs. They’re part classic no-wave, part avant-garde punk, and all NYC–don’t let this enigma sweep through Boston without your eyes on it! Alongside this touring powerhouse are Salem-based rockers SUPERTEEN who’ve been at it for some time and whose recent 2018 LP “Over Everything” mixes the best elements of twangy post-hardcore and concisely determined indie rock into a furiously cacophonous cocktail. Easing you into the raucous explosion are two more subtle yet equally hard to define artists. Magdalena Abrego’s largely improvised and wholly experimental guitar outbursts defy expectations, making her sonic anomalies feel right at home on this bill. Finally, fellow Boston solo artist Maggie Rosenberg brings her ethereal, stripped-down pop emulsions to this eclectic yet purposeful lineup. Everything on the menu is great and luckily you don’t have to choose. This is a four course meal for the ages.
-MIKE ACHILLE

FLYER by Enne Goldstein aka @artpearjuice