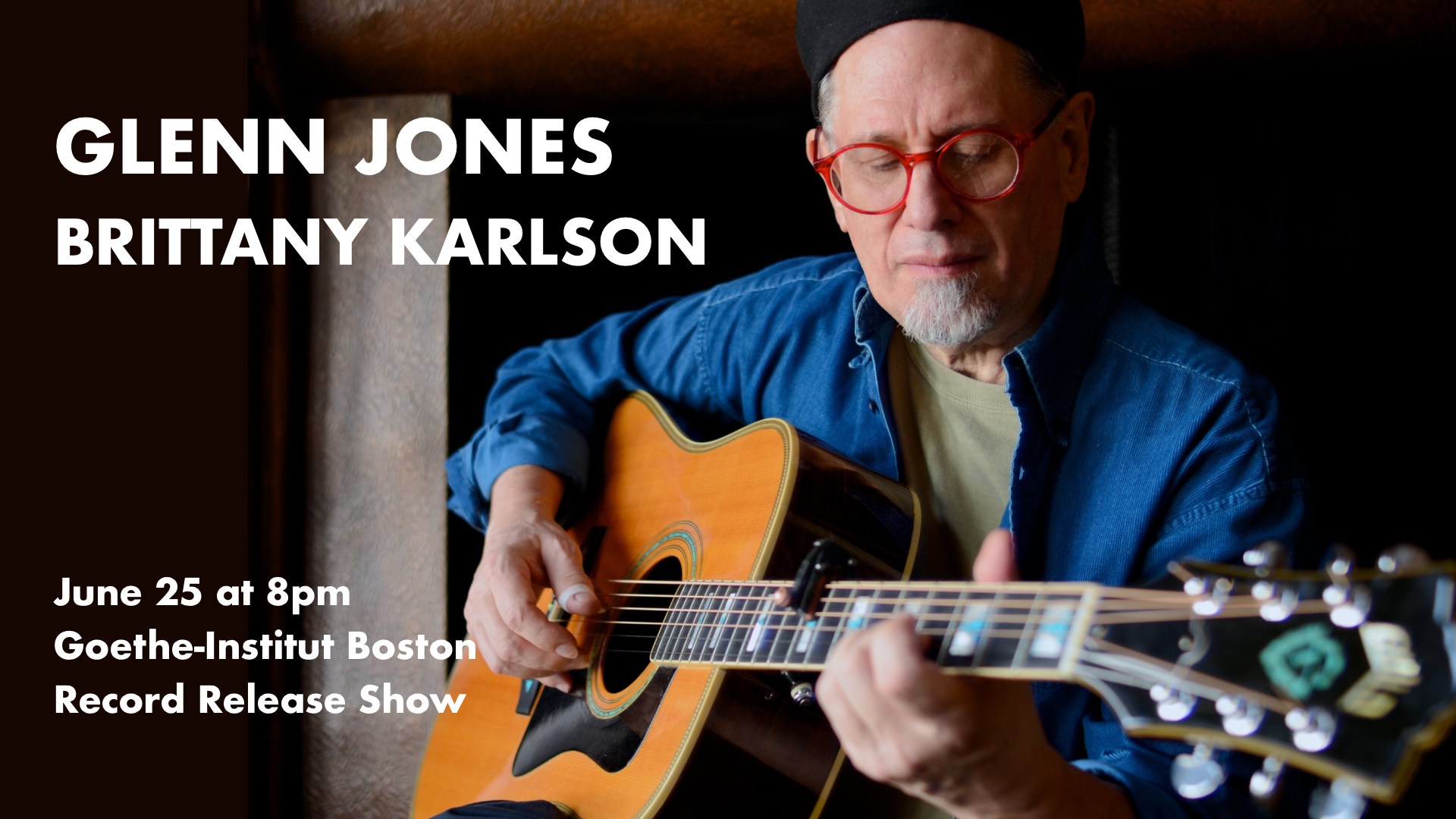 Doors: 7:30pm
Tickets: $15 / $10 for members and students
Advance tickets recommended!
Please note: masks are required.
About the artists
Glenn is a unique player in the world of solo guitar music. Steeped in both American Primitive guitar music as well as rock and experimental music, Glenn Jones creates rich sonic tapestries with a distinct and stirring voice.
Glenn turned away from the guitar’s standard E A D G B E tuning some 40 years ago and began creating his own tunings (he estimates he’s invented more than a hundred). These and his use of custom-crafted two-, three- and four-string partial capos are Jones’ way of escaping the known, thus allowing for the creation of new pieces of music, each of which requires its own chord shapes, fingerings, scales—and unique challenges: they are his way of navigating new and unfamiliar landscapes.
“It’s my hope,” he says, “that what listeners hear is not all the technical stuff that goes into the creation of my pieces – the weird tunings and partial capos and all that—but the music, the feeling within these pieces.”
With this show, we are celebrating the release of Glenn’s 8th solo album, Vade Mecum. Glenn lives in Cambridge.
Bassist/vocalist Brittany Karlson is an adventurous musician with roots in jazz, American folk music, and improvised music. She has performed across the USA, Canada, and Europe in a variety of ensemble settings, including improvised trio Letter Castle and American old-time/bluegrass/Swedish string band The Goodbye Girls. When performing solo, Karlson improvises, performs original songs under the moniker Karl, or ducks behind her bass to perform a lighthearted puppet show with many props. She is based in Boston.
Liked it? Take a second to support Dan Shea on Patreon!