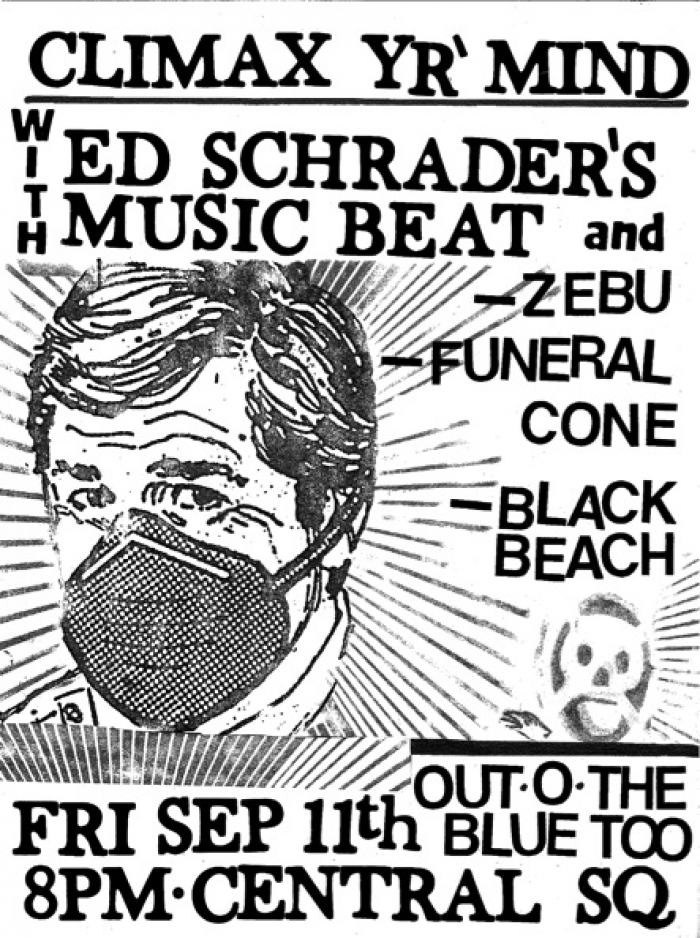 We are living in an age where musicians have decades of popular and not-so-popular music to draw on. This bill showcases some artists assimilating their favorite tricks from many different eras. Ed Schrader’s Music Beat takes some Buddy Holly-esque melodies and cozies them up next to the raw energy of heavier music from more recent times. Ed’s voice emerges a delicate, tactful tenor one minute, a bone-shattering snarl the next. Is it the same person belting the ferocious “Emperor’s New Chair” and the whimsical Adirondack homage, “Weekend Train”? It’s hard to believe until you see for yourself. If you’re still not convinced, the rest of the show boasts bands who are equally adept at weaving melody out of scuzzy ambiance. Black Beach evoke the drowned-out squall of Ty Segall circa Slaughterhouse, Zebu ride the crests of snappy lo-fi hooks, and Funeral Cone bowl you over with an all-out aural assault.

Liked it? Take a second to support Aaron Teixeira on Patreon!