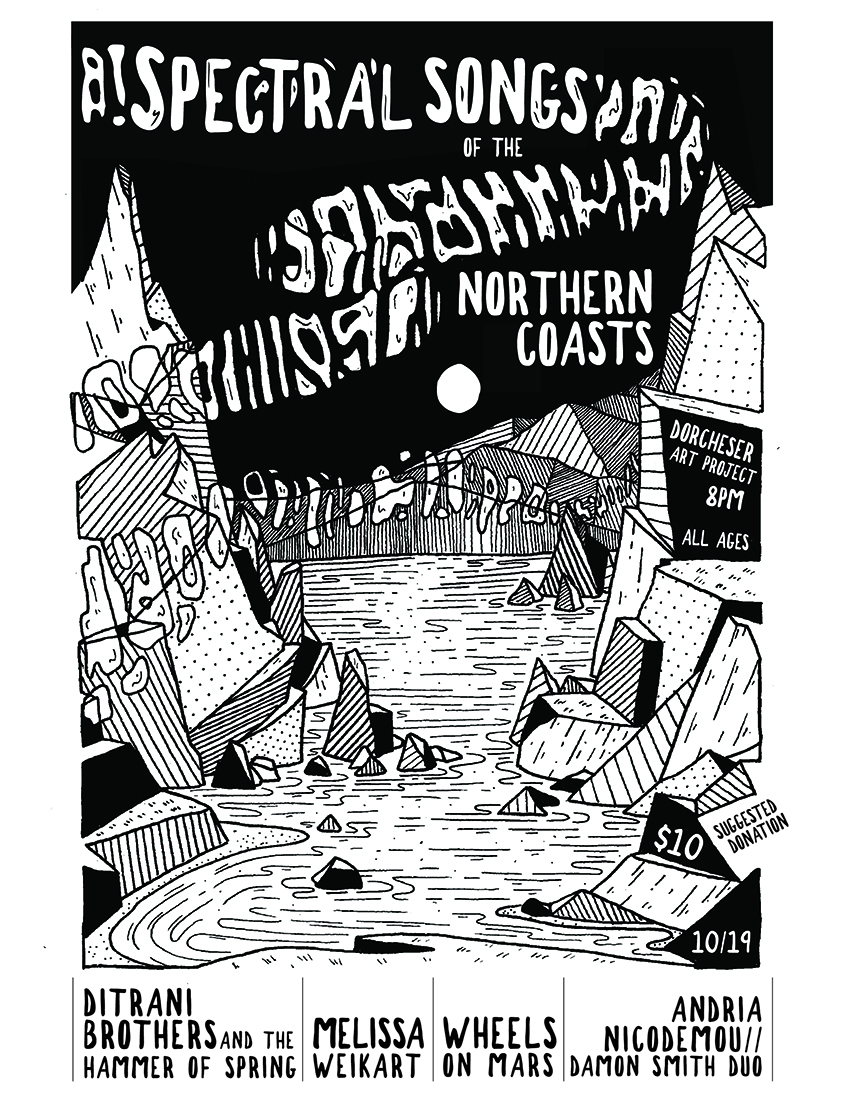 SPECTRAL SONGS OF THE NORTHERN COASTS:

Slithering down and around all the way from North Bend, Washington, Ditrani Brothers and the Hammer of Spring bring us their haunting take on Roma-swing by possessing it with their own Northwest mountain spirit. Along with accordion and tub-bass, they’ll be hauling along songs from their brand new record “Broken Lands”. This rare appearance of an all-acoustic band will haunt you for many Boston rock and electronic shows to come. Here to conjure the East Coast spirits, we have Melissa Weikart seemingly appearing out of thin air baring her ethereal keys and realist lyrics to keep you up at night flinching in the dark. Too spooked to make it to this show? Well that ain’t nothin’. Vibraphone-visage Andria Nicodemou and double bass-revenant Damon Smith merge this night to create a finely detailed soundscape. Something deep from within DAP is sure to emerge as these two push their instruments to their extremes in an séance of free improv. As if y’all weren’t chilled enough just reading this…Wheels On Mars descends from the heavens as an eidolon-song pulsing with electricity and solemn hums. West meets East here, East meets West…you’ll probably meet a ghost… Flyer art by Tyler Wintringham [@oh_the_swelling_sound]!

DiTrani Brothers and the Hammer of Spring
On tour from Snoqualmie, WA this wily bunch is here to showcase their new full length album “Broken Lands”
https://ditranibrothers.bandcamp.com/releases

Liked it? Take a second to support Jon Rodiger on Patreon!