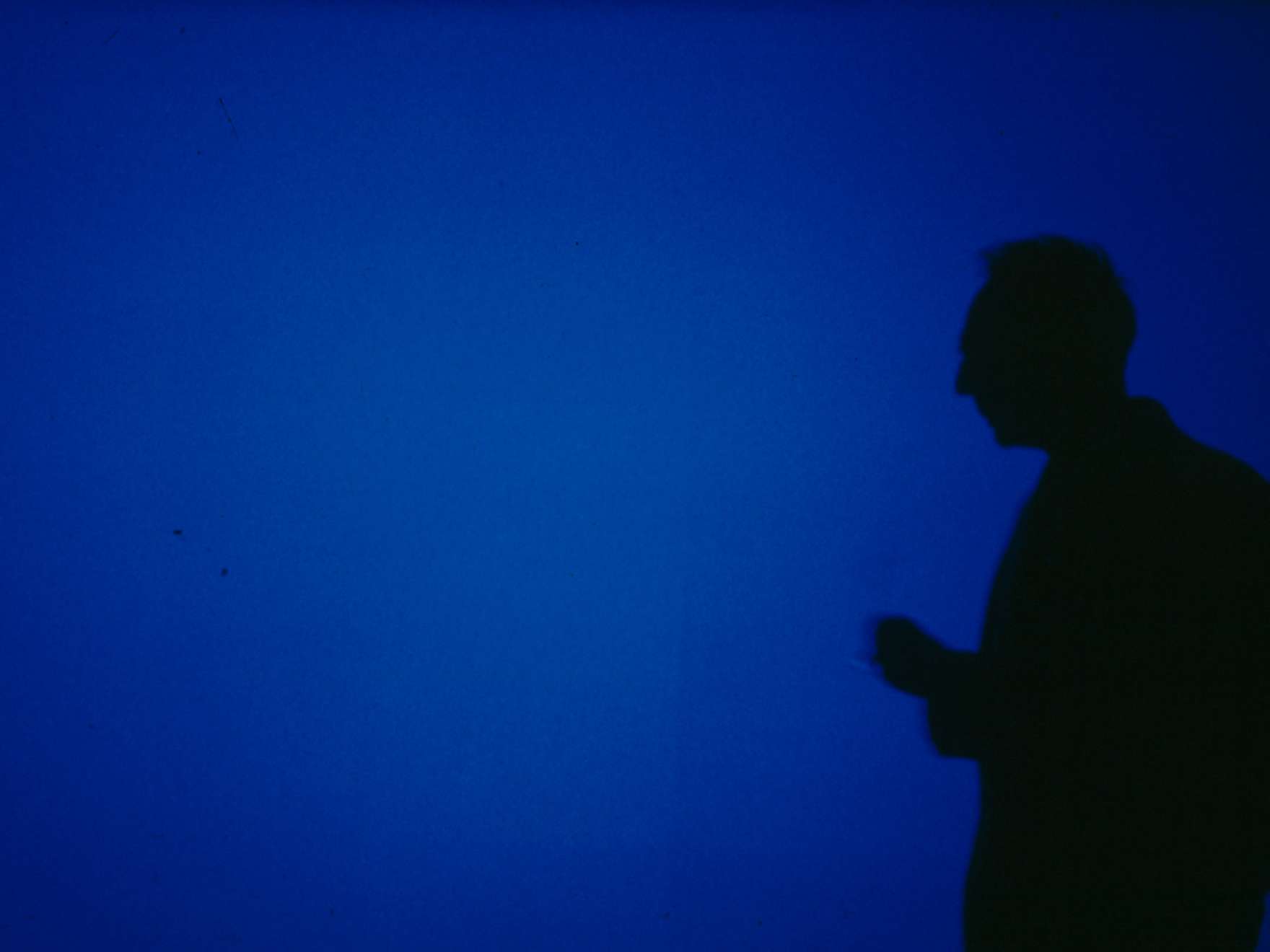 The exhibition pairs Derek Jarman’s final feature-length film Blue (1993) with Mark Bradford’s video installation Spiderman (2015)—both riveting first-person accounts of the AIDS crisis that are distinctly subjective, lyrical, humorous, and dark. Through imageless projection and bold voiceovers, they both expose and defy the forces that have marginalized queer bodies since the 1980s.

Best known for directing dozens of films, documentary shorts, music videos, and experimental features, Derek Jarman (1942–1994, based in London) was a white artist outspoken about HIV awareness who completed Blue the year before his death from AIDS-related complications. Projecting a static screen of French artist Yves Klein’s patented blue hue, the film is narrated by Jarman, as well as actors Nigel Terry, John Quentin, and Tilda Swinton. The script includes Jarman’s diary-based comments on his terminal illness, his fading eyesight, and the meaning of the color blue as “darkness made visible.”

Such personal commentary also forms the basis of Spiderman, a recent MFA acquisition, in which Mark Bradford (born 1961, based in Los Angeles) takes on the role of a black transgender comic who is heard, but not seen in a room with a red spotlight. As a gay black man, Bradford evokes comedian Eddie Murphy’s controversial Delirious routine from 1983, which is rife with explicitly homophobic jokes, to deliver a searing monologue on the intersecting issues of race, gender identity, and sexuality.

Seen together for the first time, Blue and Spiderman enact defiant emotional responses that channel both the personal fears and public phobias associated with the AIDS crisis.

Darkness Made Visible: Derek Jarman and Mark Bradford is on view until July 30, 2017.