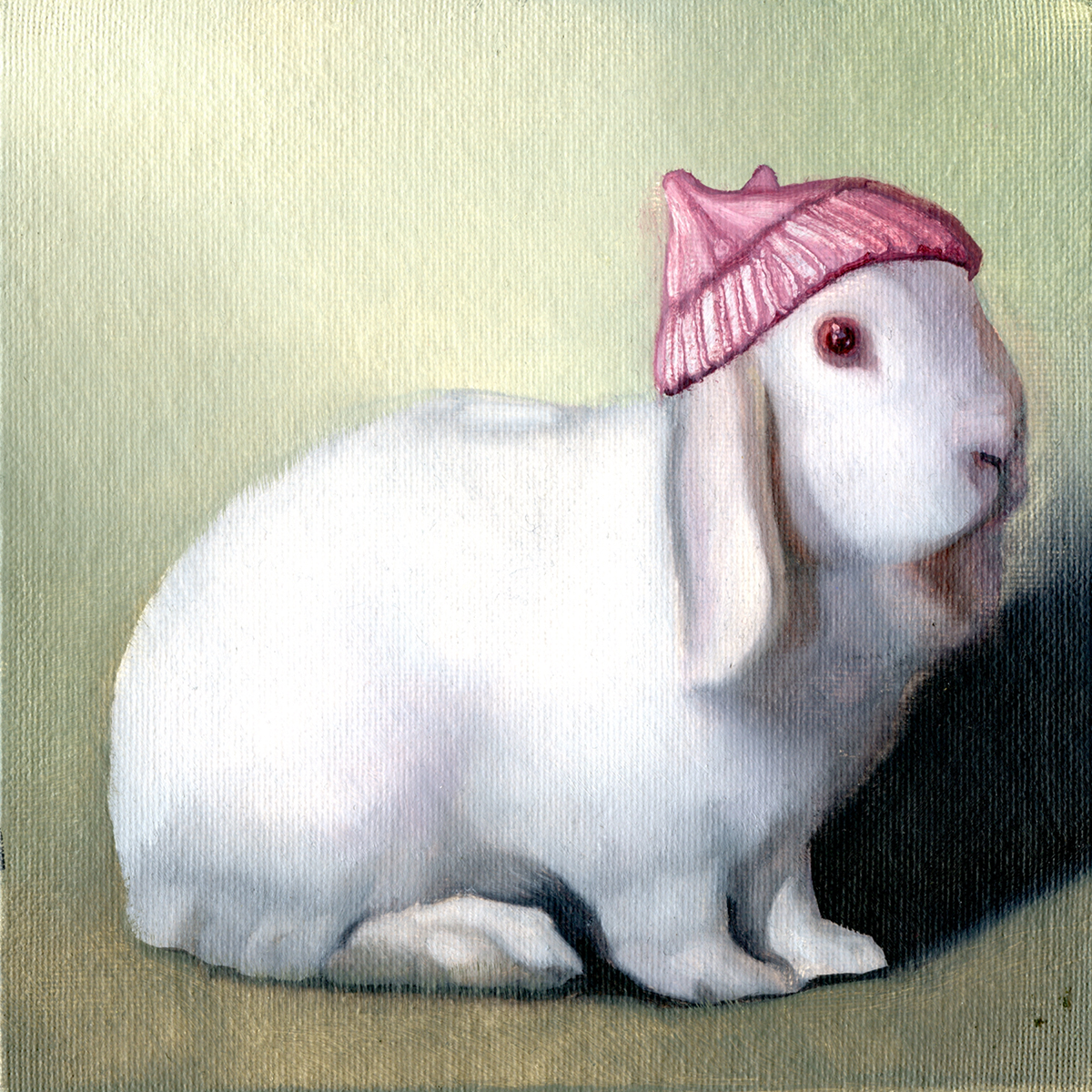 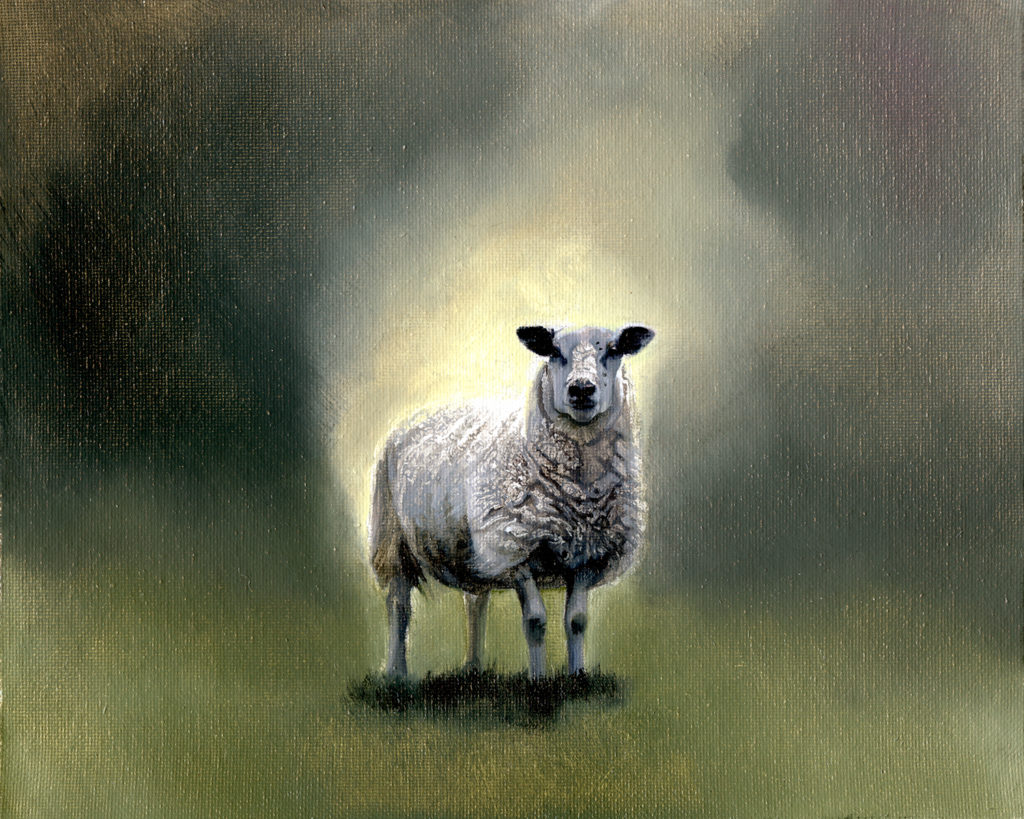 I began painting sheep 20 years ago during an artist’s residency in Vermont. This work marked a huge departure, inspired by both the pastoral setting as well as the changes I was experiencing on a personal level. Although I’ve moved on to other subject matter since, (horses, rabbits and various other real and imagined beastie’s), like a Shepard, the sheep have continued to lure me back, and I always feel obliged to answer they’re call. In a general sense, the sheep serve as a visual metaphor to explore issues of sacrifice and spiritual transformation, not unlike their role in Christian iconography. On a more personal level, they embody a faith in the future, hence my choice of title. “Response”. I’m also fascinated by they’re integral role in Irish/Scottish/Celtic culture, and in turn my own heritage. 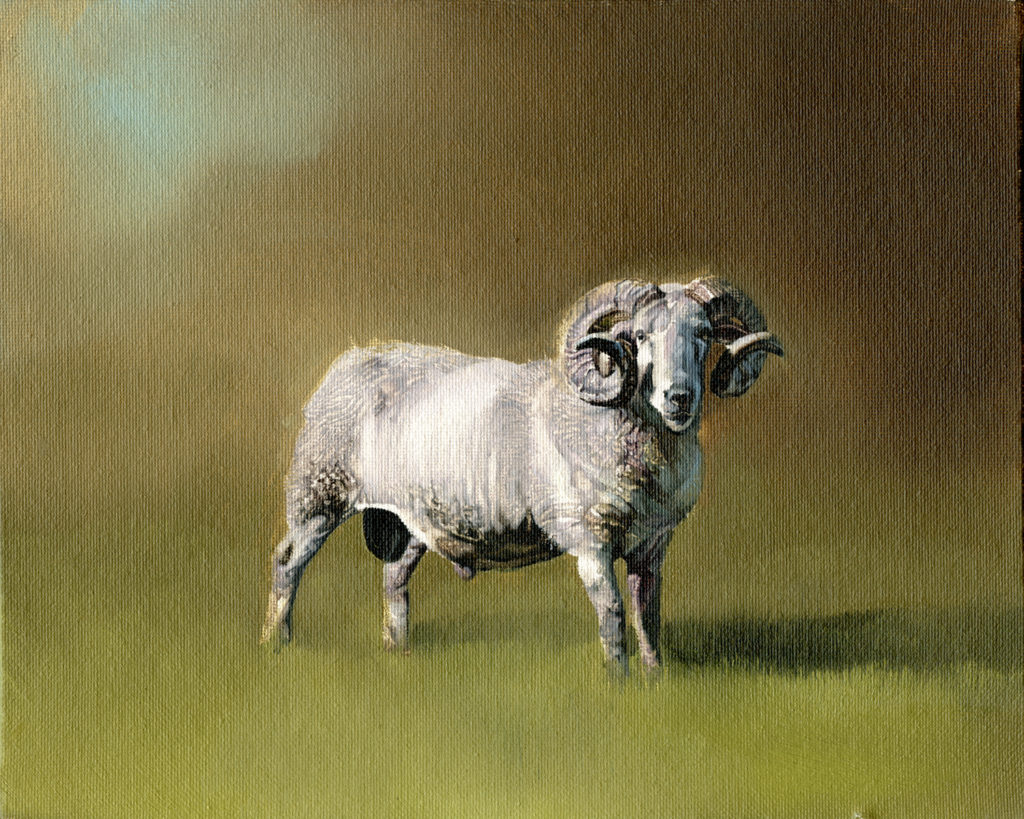 Brendan Killian received a BFA from Iowa State University in 1984. He moved to Jamaica Plain in 1985 and has been living and exhibiting His artwork throughout New England since. Local solo show’s include “The Copley Society of Boston”, “The Perrin Gallery”, “The Hallway Gallery”, “JP Artmarket”, “The Alchemist”, “Centre Street Café”, “James’s Gate”, “A Far Cry”, “The Gallery @ Green Street” “The Plum Gallery” in Williamstown MA. And “Vermont Studio Center” in Johnson VT. He currently exhibits his work at “The Haven” in Jamaica Plain.