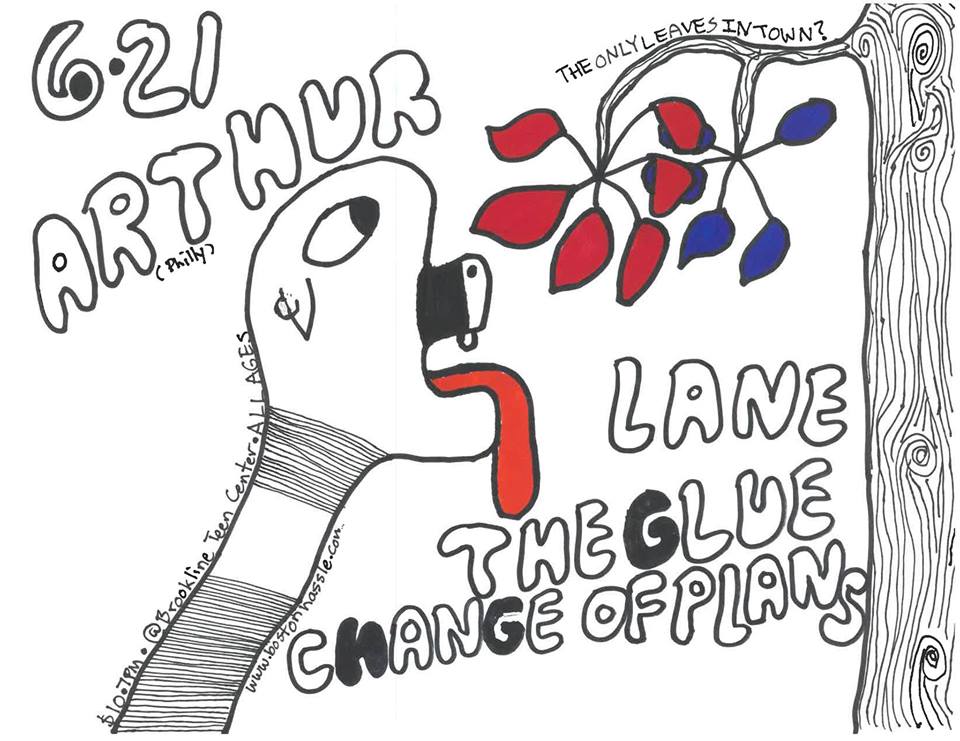 ARTHUR is a melted pop dreamer. Girl group heroines of yesteryear dance inside their mausoleums to this music. Pop music, yes, but something is wrong. And the beautiful, it bleeds melancholy, as the melody soils itself. From Philly like a warbly laser. They’re coming to get you Barbara. And the rest of their names are Lane, The Glue, and Change of Plans. Those are the other 3 bands on the bill people! The Glue are Boston’s reigning torch bearers of Richman naivete indie pop, or at least they sound like it. Let them take you to Back Bay and on all sorts of wild rides with their stripped down barely-there-best-kind-of-rock. Lane are a new band built from other bands. They feature members of the Craters, the Channels, Palehound, and Sundog! Their steez is an experimental twin guitar affront following in the footsteps of the likes of Slint, Women, and Each Other. Dang. Change of Plans meanwhile are classic dream pop and post-punk dosed with some of that 21st century math. Brookline Teen Center is where this magic goes down. There’s already a glow on this show. Don’t miss! Not every show has a glow you know.