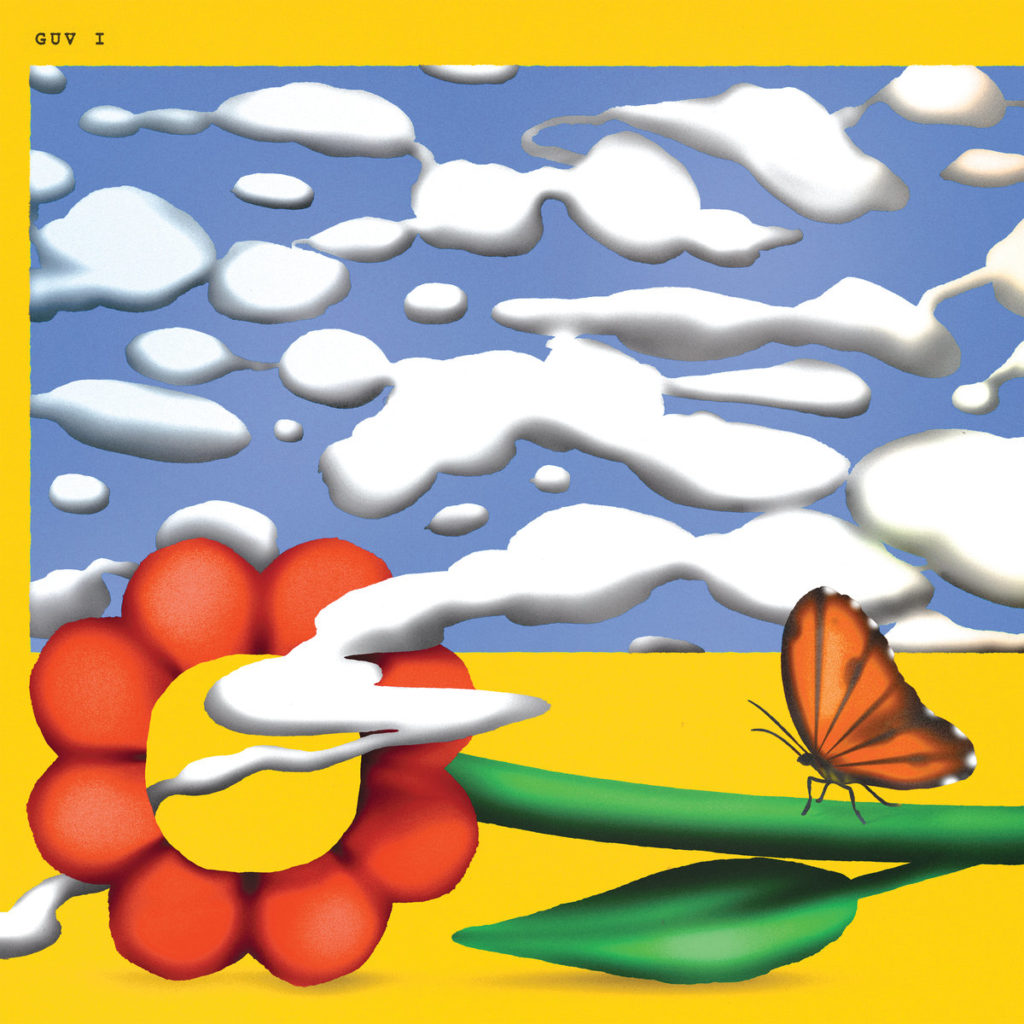 Ben Cook does a lot of things. One might find him instigating some serious mosh pits with the prolific hardcore band No Warning, or playing guitar in Fucked Up and pushing the very outer layers of punk, pop, and art rock. Adding yet another facet to Cook’s diverse portfolio of rock and roll is his solo project called Young Guv, which tests genre limitations with every release. Evoking guitar-centric sensibilities of 70’s rock and power pop, Cook’s most recent endeavor entitled Guv I is a musical journey laden with nostalgia and brutal honesty, as well as masterful instrumentation and some of the catchiest hooks you’ll hear all year.

Guv I is ironically Young Guv’s third full length offering, preceded by two sonically distinct full lengths and loads more under different monikers like Young Governor, Guvnor, and Guv. In 2015, Cook released Ripe 4 Luv on Slumberland, a record with a balanced mix of catchy guitar pop and loungey electronic bits that would find a home in his next album entitled 2 Sad 2 Funk, which dabbled into more experimental territory, showing influence from soundcloud rap, early Prince, and strange TV adverts. Guv I leans more towards the guitar driven sounds of unfettered power pop with occasional hints of country, showcasing Cook’s indiscriminate slew of influences.

Legend has it that Cook sublet a room in Brooklyn via Toronto and started writing what would become Guv I in the summer of 2018. A year of writing ensued and the result is an exercise in rock and roll greatness. The album opens with a self-deprecating hook sung over blissed out guitar chords, “trust me, you don’t wanna touch me/you will lie and say you love me”, thus setting the tone for the record. Cook’s lyrics as “Guv” span from keenly introspective to carefree. ‘Roll With Me” details the insecure thoughts of an unrequited crush, “none of this is real at all/i watch you like a cartoon/and i feel like the biggest fool/trying to impress you”. Lyrically, the songs deal with themes of the transience and banality of life’s fleeting moments, giving the album a bittersweet feel.

“Patterns Prevail” conjures the most gleeful twangy guitar work coupled with Cook’s doubtful hook. The album’s most despondent track, aptly named “Didn’t Even Cry”, reflects upon the desire to cry inhibited by extenuating factors, and that “everybody seems to be going through some things” while sounding eerily like a Beatles deep cut. In some respects, Guv I is an album as personal as it is communal in its acknowledgement of the off-days of life and intricacies of socializing, feeling alone, and wanting someone. “Exceptionally Ordinary” jaunts along with bass drum hits peaking through the mix and chorus-laden guitars in a song about escaping reality being a simple conundrum.

Guv finishes the album with, “A Boring Story”, a vaguely psychedelic song quite literally bringing the album to a fade out. Cook hums about not looking back at a harrowing past and fading into the present, a sort of meditative state of mind. Guitars twang through the mix, noodling a lazy country solo over a solid backbeat with a choir of vocals chilling amid the groovy slush. So maybe that’s it– all you really can do is chill. The weight of the world often feels insurmountable, but pick up a guitar and put on a pair of shades, jangle some strings in the afternoon sun, and perhaps you’ll forget you’re just as lost as everyone else.