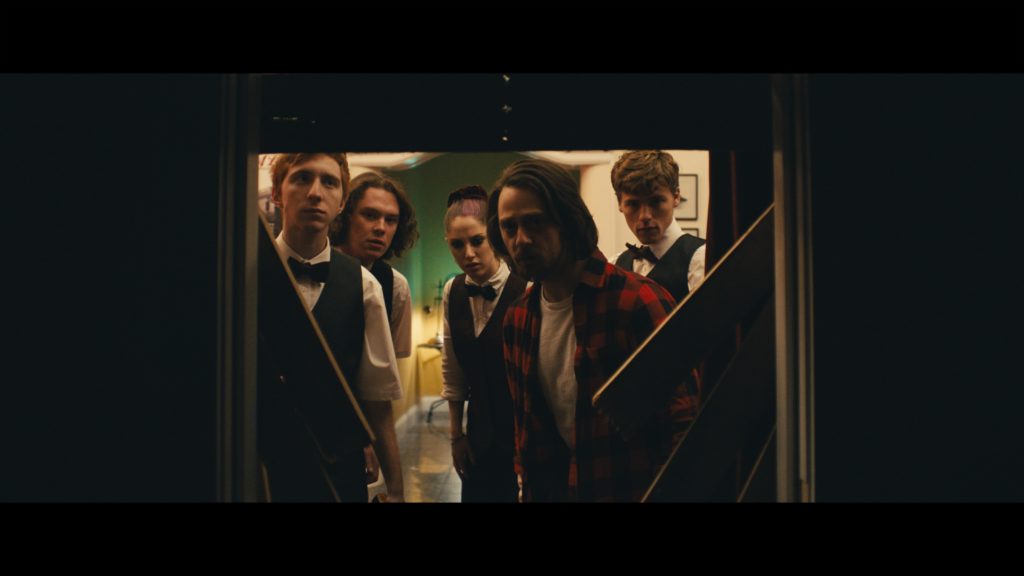 Some reviews are easier than others.

I am here today to review a movie called Porno. While not technically pornography, it is a very unrated horror comedy filled with loads of gratuitous blood, violence, and nudity. It is the latest film to be released by venerable gorehound movie mag Fangoria, who have chosen to promote the film in their most recent issue with a full-page splash photo of a severed penis prosthetic (why, yes I do have a subscription). It is a film about a succubus, an ancient sex demon who tears her victims apart while having her way with them, and leaves very little to the imagination. It is, in short, a messy film.

But all of this isn’t why writing this review will be difficult for me. It will be difficult because I need to find a way to convince you that this film, whose excesses I just spent a paragraph describing, is honestly kind of adorable.

Set in the early 1990s, Porno takes place in a small two-screen movie theater in a god-fearing heartland town. Its teenage employees– jittery dweeb Todd (Larry Saperstein), pimply horndog Abe (Evan Daves), sullen goth Chastity (Jillian Mueller), and sensitive jock Ricky (Glenn Stott)– have been given free reign to watch the movie of their choice after hours, under the supervision of greasy straightedge twentysomething projectionist Heavy Metal Jeff (Robbie Tann). No sooner have they locked up, however, than they realize the theater has been infiltrated by a crazy old man in a filthy raincoat. They chase him out, but not before he leads them into a boarded up third screening room, where they discover a mysterious reel of film covered in arcane symbols. Not yet having settled on a movie to watch (the boys want to watch Encino Man, while Chastity prefers A League of Their Own, or, as she calls it, “Not Encino Man”), they decide to throw it on.

What greets them, however, is like nothing their sheltered, Christian lives have prepared them for: an artistically filmed sex magick ritual that looks something like a community theater recreation of a Kenneth Anger film. Jeff pulls the plug on moral grounds, but soon the theater is stalked by the mysterious, mostly-nude woman from the film. As the night wears on, our teenage heroes need to figure out what’s real, what’s illusion, and how to escape with their purity intact. 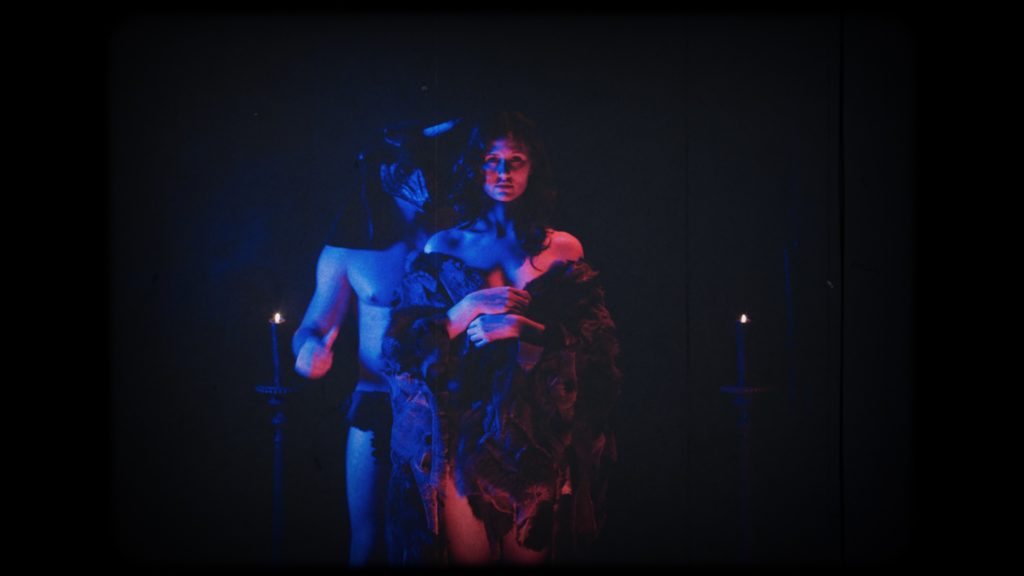 Much of this is thanks to the engaging young cast. While none of the acting is necessarily “Good” in the Academy sense, it doesn’t need to be: the film calls for characterizations with a balance of knowing humor and genuine feeling, and the actors hit that sweet spot pretty much across the board. Particularly good are Saperstein, who plays his lines with a hilariously geeky panic even before the sex demons show up, and Tann, who embodies the cognitive dissonance of a straightedge burnout. The dialogue is clever, and feels like it comes from characters who have known each other since grade school (Sample: “The only naked woman you’ve ever seen is your mom.” “My mom is dead, creep!” “Prove it!”). These characters could easily carry a straight coming-of-age film, and are even more entertaining when forced to battle the forces of the unknown.