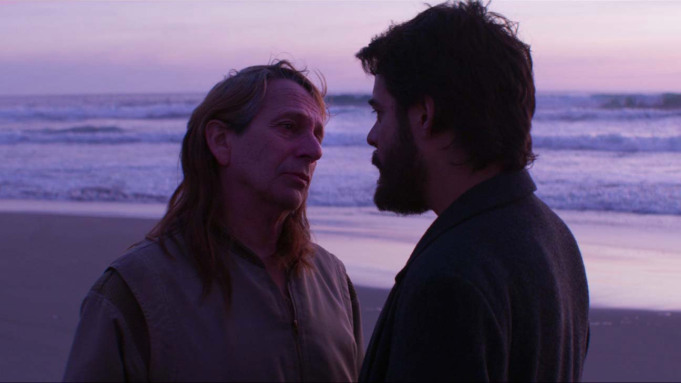 As yet another Pride month rears its head, shoving down our throats a seemingly endless array of rainbow-covered products we don’t need from companies that don’t care about us, I try to block out the noise and focus on what matters: LGBTQ film, a category whose ranks grow each year, expanding the ideas of what a “gay film” can be or do. My Tender Matador, based on the novel by Pedro Lemebel, is a gay romance set during the reign of Chilean dictator Pinochet, seen through the eyes of an older drag queen (they use the term ‘travesti’, which can mean a number of different feminine gender expressions). Though some may find its pace languid, I appreciated that such a political story didn’t feel the need to jump from action scene to action scene. In many ways My Tender Matador is only concerned with its two leads, the world a million miles away.

Our unnamed protagonist, referred to as “the Queen of the Corner,” is played by Chilean actor Alfredo Castro in a turn that recalls Terrence Stamp in The Adventures of Priscilla, Queen of the Desert. One night in 1986, after a police raid on a gay bar, the Queen escapes with the help of the incredibly alluring Carlos (Leonardo Ortizgris). Queen is taken with him immediately, and Carlos decides to ask for a few favors. First, he’d like to store some boxes at the Queen’s apartment. Then, he’d like to invite some of his friends over to discuss… some plans involving the dictator.

The film’s tone really is in the title – the relationship between the Queen and Carlos is quite tender, though tragically one-sided. Or is it? Is Carlos just using the Queen? Does the Queen even care if that’s the case? I don’t want to give anything away, but the film lives on the back and forth of this somewhat unusual romance – surrounded by shots of lovely pink skies and the nature surrounding Santiago.

For those looking for something melancholy but not brutal, My Tender Matador is good radical counter-programming to the mostly apolitical mess corporate Pride has become. I took notice of the film last year when it premiered at Venice, and it fully lived up to my expectations. Now, time to see if my library is carrying the novel…