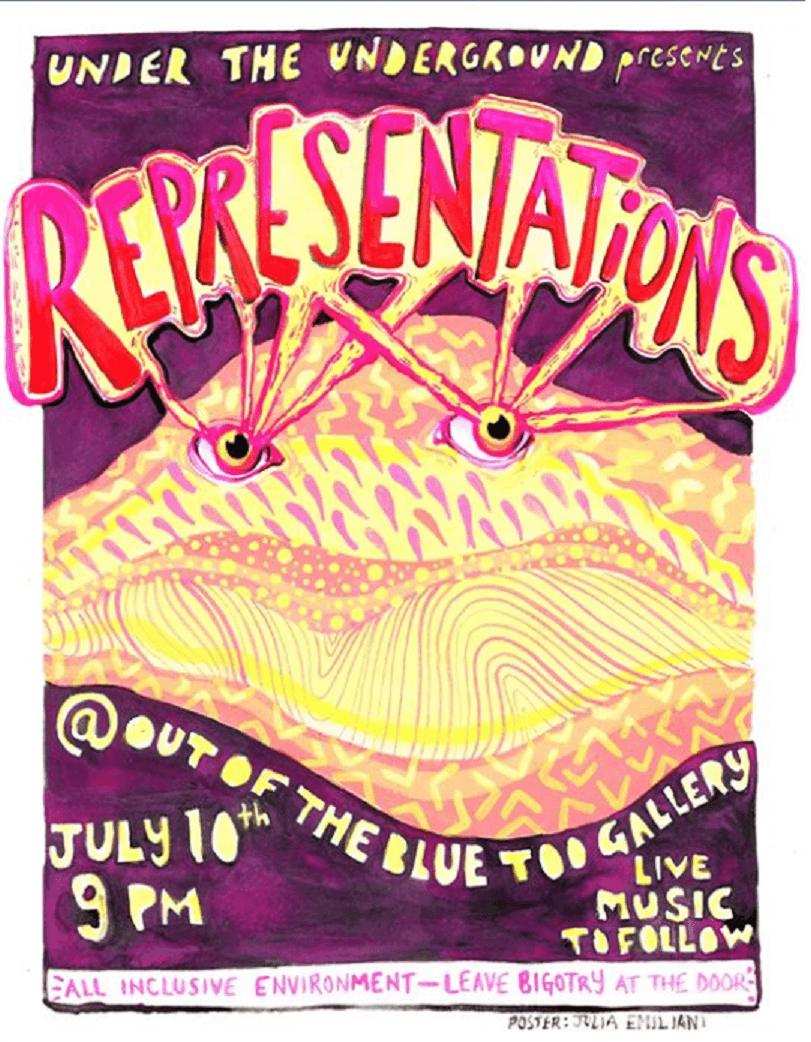 Hollywood might have the money, the distribution, and the star power, but they’re still sorely lacking when it comes to giving voice to the voiceless. In that interest, Boston Hassle presents UNDER THE UNDERGROUND: REPRESENTATIONS, the first in a series of screenings of film and video work by local artists outside the white/male/heterosexual mainstream. Filmmakers in focus include Christina Kolozsvary, Jane Urban, Shirin Mozafarri, Sarah Hachey, and more. As if that weren’t enough, the screenings will be followed by musical performances by Alyssa Kai and the Blooms. Check your bigotry at the door and come on out!

Under the Underground and Boston Hassle present:

A collection of moving image work from local and underground filmmakers concerning the voices of those normally marginalized by the film industry. Here, their voices are the majority.

Admission will be a $5-$10 sliding scale at the door.
Please be respectful of everyone around you and the content being shown! This is a safer space so any type of offensive or oppressive behavior or language will not be tolerated!

Liked it? Take a second to support Maria Sedjo on Patreon!