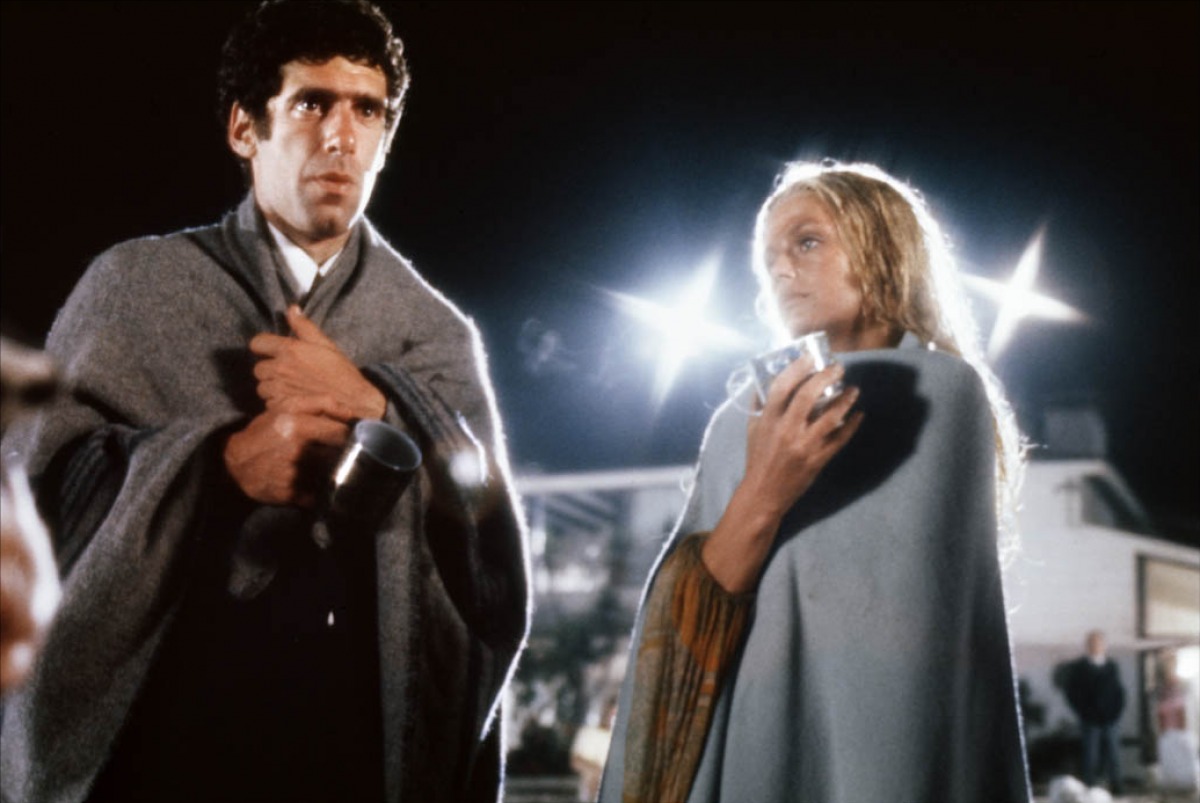 Elliott Gould’s career peaked and Robert Altman’s cruised along at its majestic early ’70s altitude in this first (probably) and finest (arguably) mumble-noir ever made, in which a washed-up, washed-out Philip Marlowe — or “Rip Van Marlowe,” as Altman and Gould referred to him during production — sleepwalks his wisecracks across a sun-soaked LA steeped in the usual sin.

When old friend Terry Lenox shows up at Marlowe’s dingy penthouse to demand a ride to Tijuana, a chain of events linking murder, money, infidelity, alcoholism and betrayal is set in motion. Why, even echt Californian (which is to say, total phony) Arnold Schwarzenegger puts in an appearance as a Jewish mafioso’s bodyguard, a bronze ogre tragically afflicted with chronic spasms convulsing his entire pectoral region. It looks painful, albeit mildly spectacular.

The Long Goodbye is a poignant, hangdog film about feeling lost and left behind, but it also rings changes on the theme of feeling some version of fine even so. Bone-tired and baffled, maybe, fucked-up, even, but fine. John Williams’ title torch-song recurs in myriad modes throughout the film, now maudlin, now menacing or manic. These variations wryly undercut the tune’s tone of weary resignation and amplify Gould’s rendition of Marlowe as a relic subject to refractive reiterations.

A friend of the diseased, neighbor to a coven of nubile, worryingly flexible mystics, unable to con even his own cat, this is a Marlowe stranded in time, Chandler’s mordant gumshoe wormholed into the shimmering, post-psychedelic bummer-scape we’ve all come to associate with the counterculture’s drawn-out, whimpering fade. But don’t worry about Marlowe, he’ll be some version of fine, down counting the waves, taking the piss. The man still has a code, after all. It’s ok with him.