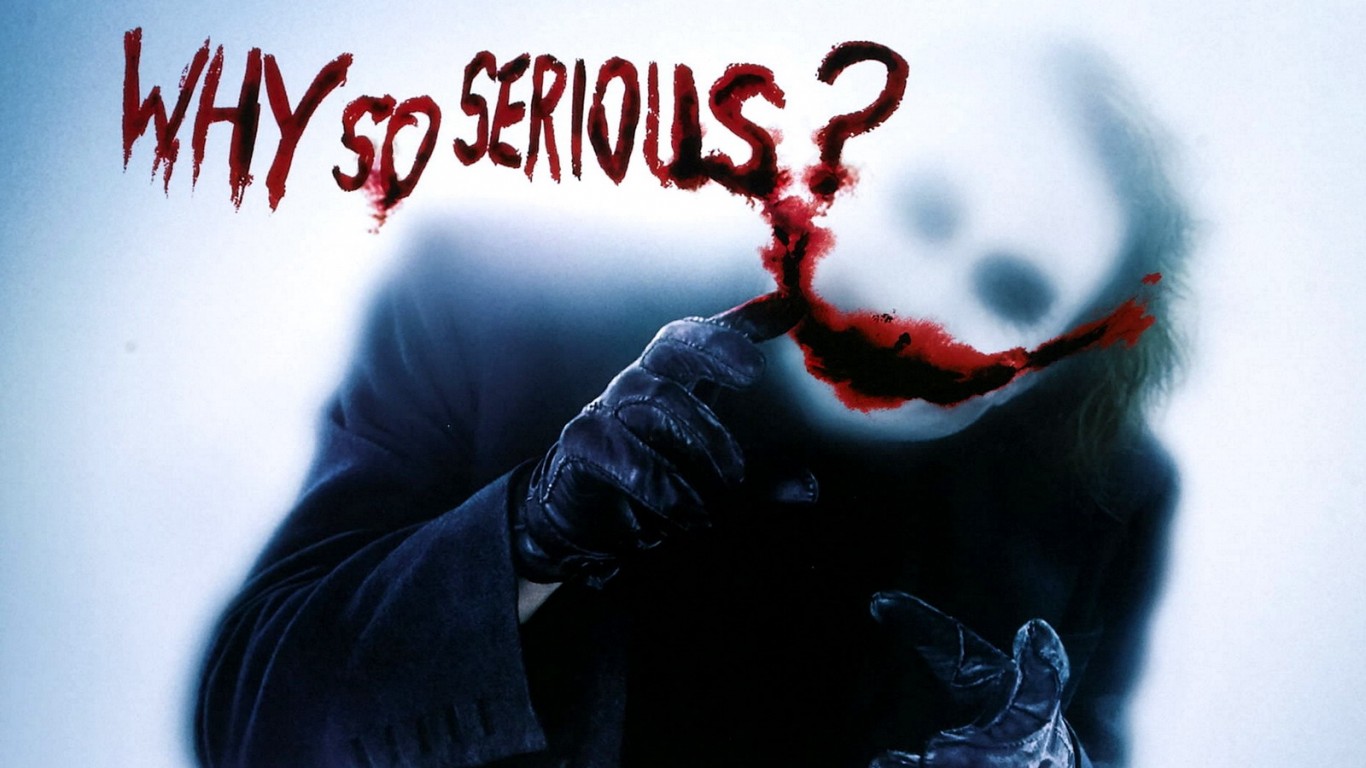 Following 2005’s Batman Begins, people thought a sequel would probably be pretty good or just “meh.” In 2008, director Christopher Nolan and a mostly returned cast collaborated to create a new Batman film that pleased virtually all of humanity, unleashing a cultural phenomenon that proved a well-crafted superhero movie could be as seriously minded as you wanted it to be. Where philosophy, social flaws, and human tragedy go hand in hand with popcorn entertainment, although whether the former supersedes the latter or vice versa is up to you to decide. Months after the events of the original film, Bruce Wayne/Batman (Christian Bale) is continuing his war on Gotham City’s organized crime, aided by one of the police department’s few honest cops, Jim Gordon (Gary Oldman) and the new, idealistic district attorney Harvey Dent (Aaron Eckhart). As the trio slowly undoes the Mob’s power and resources, a mysterious criminal with no past, morals, or clear purpose, known simply as the Joker (Heath Ledger), appears to offer his services. Eventually, however, it becomes clear the clownish psychopath isn’t interested in material rewards but would rather prove a nihilistic point about life and turn Gotham into “a world without rules.” A modern epic if there ever was one, The Dark Knight truly shines on the big screen, visualizing an urban landscape as deep and rich as its story. If you didn’t see it during its first go-around, or even if you saw it three times already, witness Batman’s cinematic triumph this weekend at the Coolidge in 35mm.