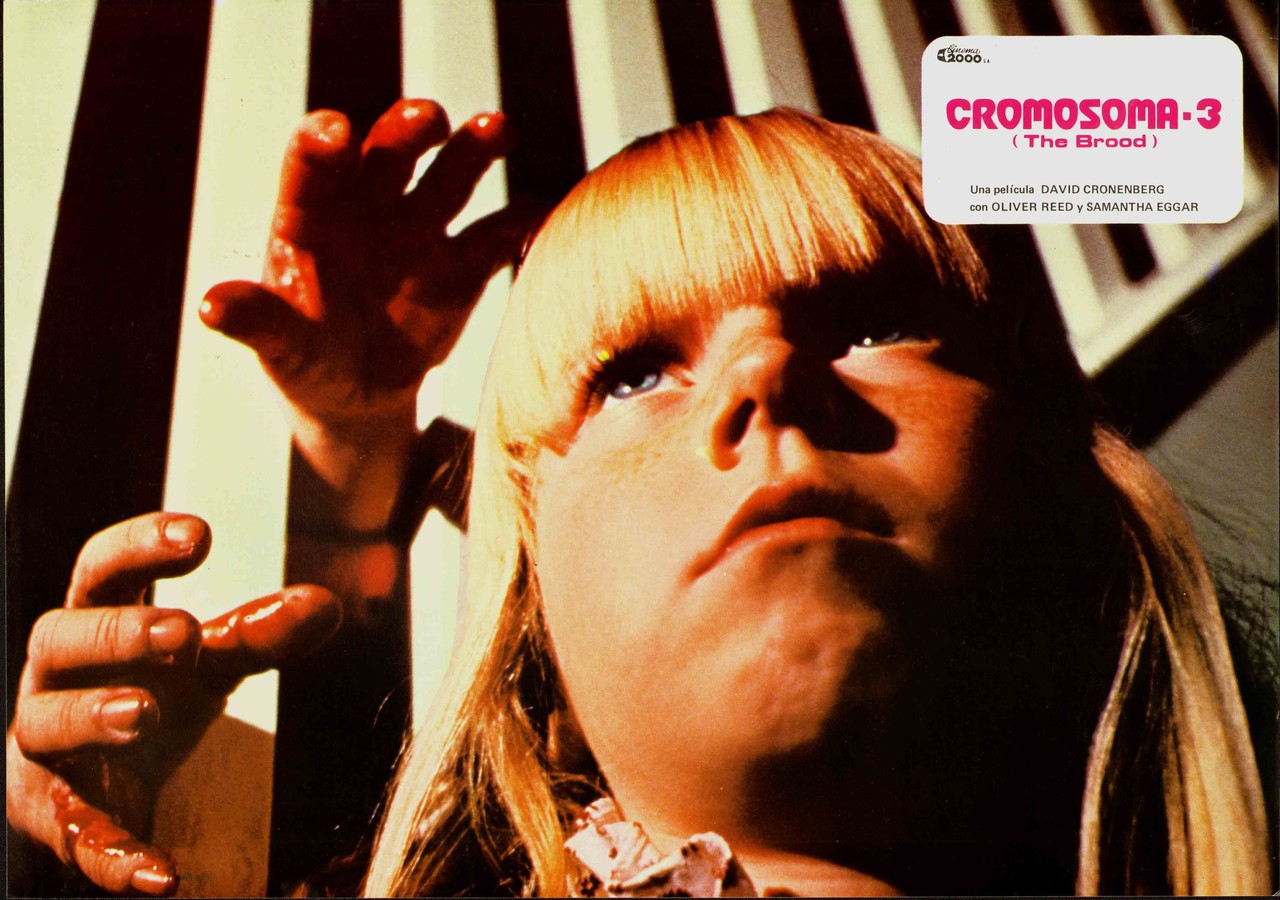 Ah, Mother’s Day. A time to call your mom, maybe get her a present, and tell her how much she’s meant to you over the years. Unless you make horror films, that is. In that case, Mother’s Day is a fertile (no pun intended) source of twisted, psychological ickiness. Mothers have figured prominently in horror through the decades, from Norman Bates’ domineering better half to the rampaging zombie matriarch in Peter Jackson’s Dead Alive. But to cut to the heart of the matter, one can scarcely do better than to refer to horror cinema’s foremost Freudian: David Cronenberg.

Like most of Cronenberg’s early films, 1979’s The Brood takes place in a vaguely Magical Realist version of 1970s Canada. Frank Carveth (Art Hindle) is trying to break his emotionally unstable wife Nola (Samantha Eggar) from the spell of a somewhat Scientological self-help cult run by the flamboyant Dr. Raglan (a never hammier Oliver Reed), or at least keep her from gaining custody of their young daughter Candy. Meanwhile, various people associated with the couple are brutally murdered by a pair of terrifying, deformed children in brightly colored snowsuits. Needless to say, things get weirder from there.

I won’t spoil the reveal, as the final scenes offer a gloriously disturbing, what-the-hell-am-I-watching spectacle unrivaled even in Cronenberg’s filmography. I will say this, however: you may want to call your own mother afterward, to thank her for not doing that.

Part of a Mother’s Day double feature with Psycho (at 7:00)!