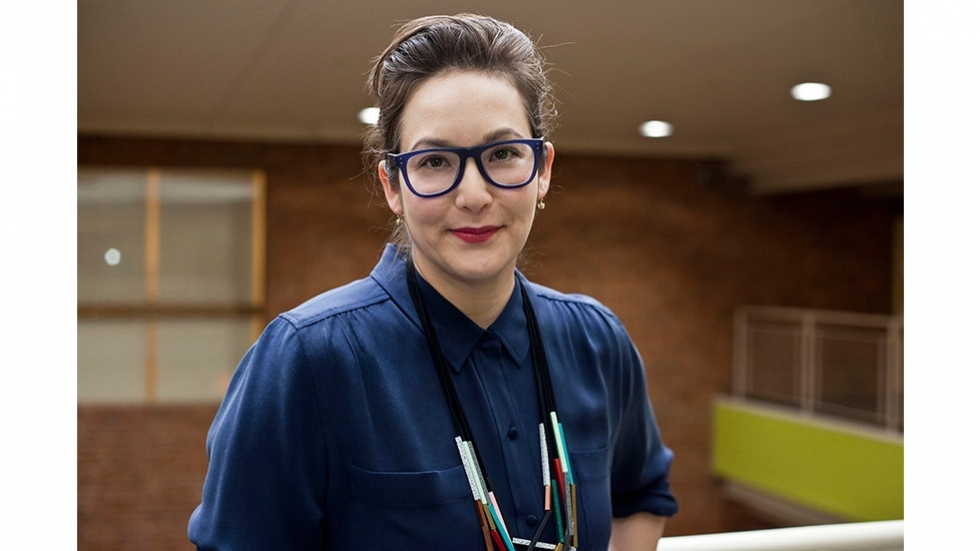 A conversation between Gloria Sutton and Carrie Lambert-Beatty on the occasion of the release of Sutton’s book, The Experience Machine: Stan VanDerBeek’s Movie-Drome and Expanded Cinema, published by MIT Press.

The evening will include a screening of the newly restored HD version of VanDerBeek’s computer animated Poemfield No. 2 (1966–71, 16 mm, color, sound. 5:40 min., Courtesy of the Stan VanDerBeek Estate) and a discussion about durational media and contemporary art with Carrie Lambert-Beatty.

The Experience Machine is a monograph, not on American artist Stan VanDerBeek (1927–1984), but on theMovie-Drome, a modest DIY structure that was built on the wooded slope of an artists’ cooperative yet also situated squarely within the complex milieu of the civil rights movement, the Vietnam War, and the American computing industrial complex. VanDerBeek repurposed the domed top of a grain silo into a prototype for a communications system. In a compelling manifesto penned in 1965, VanDerBeek proposed that these Movie-Dromes would be positioned throughout the globe each linked to an orbiting satellite that would store and transmit images between various sites to ameliorate technology’s alienating impulse. Sutton’s book suggests that this conceptual project offers an oblique angle on this heady techno-utopian period, which presciently outlines many of the conditions that define the one we are living in now.

VanDerBeek considered audience interaction a key element within Expanded Cinema, which Sutton argues has come to structure most forms of contemporary visual art. In fact, the book suggests that recovering a lost term like Expanded Cinema offers us a way to understand the plurality and internationalism inherent in contemporary art. Expanded Cinema, a term coined VanDerBeek (Underground Cinema is another neologism attributed to him), derived its formal strategies from dance, theater, kinetic art, avant-garde film, and early computer graphics. The book demonstrates that while the availability of more portable electronic devices may have expedited the turn toward durational media in the 1960s, this technology does not define it. Rather Sutton urges, it was the introduction of network-based models of communication within Expanded Cinema including the development of fiber-optic cable and satellite networks that allowed for the real-time transmission of images over vast geographical distances that remains pivotal. Ultimately, the Movie-Drome reflects visual art’s adoption of the modalities ushered in by systems theory and points to the types of network aesthetics—the focus on collective authorship, anonymity, agency and mobility, not to mention a proclivity for aping scientific discourse—that have come to occupy and define more recent art practices.

Her current book project titled, Nodes and Networks: Contemporary Art After the Internet, recasts the current debates about analogue vs. digital not as stable media, but as durational behaviors.

Sutton received her PhD from the University of California Los Angeles and has been a fellow at the Whitney Museum of American Art Independent Study Program and the Getty Research Institute.

Carrie Lambert-Beatty is an art historian with a focus on art from the 1960s to the present, and a special interest in performance in an expanded sense. Her 2008 book Being Watched: Yvonne Rainer and the 1960s brought together aspects of her research on minimalism, dance, performance documentation, theories of spectatorship, and the American avant-garde’s response, often at the level of the political unconscious, to the period’s burgeoning media culture. Published by MIT Press, Being Watched was awarded the de la Torre prize for dance studies. Lambert-Beatty’s writing on recent art appears in journals such as Artforum and October, of which she is an editor. Lambert-Beatty has been especially concerned with the potential and limits of the idea of political art for contemporary practice, and has written on the topic in relation to hybrids of art and activism such as Women on Waves and The Yes Men. Her essay on recuperation–both neurological and ideological–in the work of the art team Allora + Calzadilla accompanied their representation of the United States at the 2011 Venice Biennale.  Lambert-Beatty is at work on a book for University of Chicago Press that will expand on her 2009 essay “Make-Believe: Parafiction and Plausibility” (October 129), exploring deception, confusion, and states of doubt in contemporary art and culture. 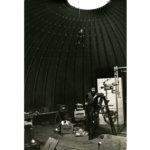 VanDerBeek inside the “Movie-Drome,” c. 1965, Courtesy of the Stan VanDerBeek Estate 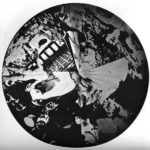 VanDerBeek’s 2D model of the “Movie Drome” published in Perspecta 11 (1967). Courtesy of the Stan VanDerBeek Estate 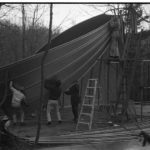 Volunteers maneuvering panels of the “Movie-Drome,” c. 1965. Courtesy of the Stan VanDerBeek Estate 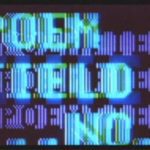 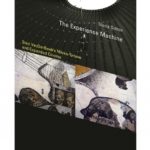 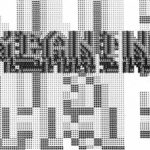 Liked it? Take a second to support CEEK on Patreon!