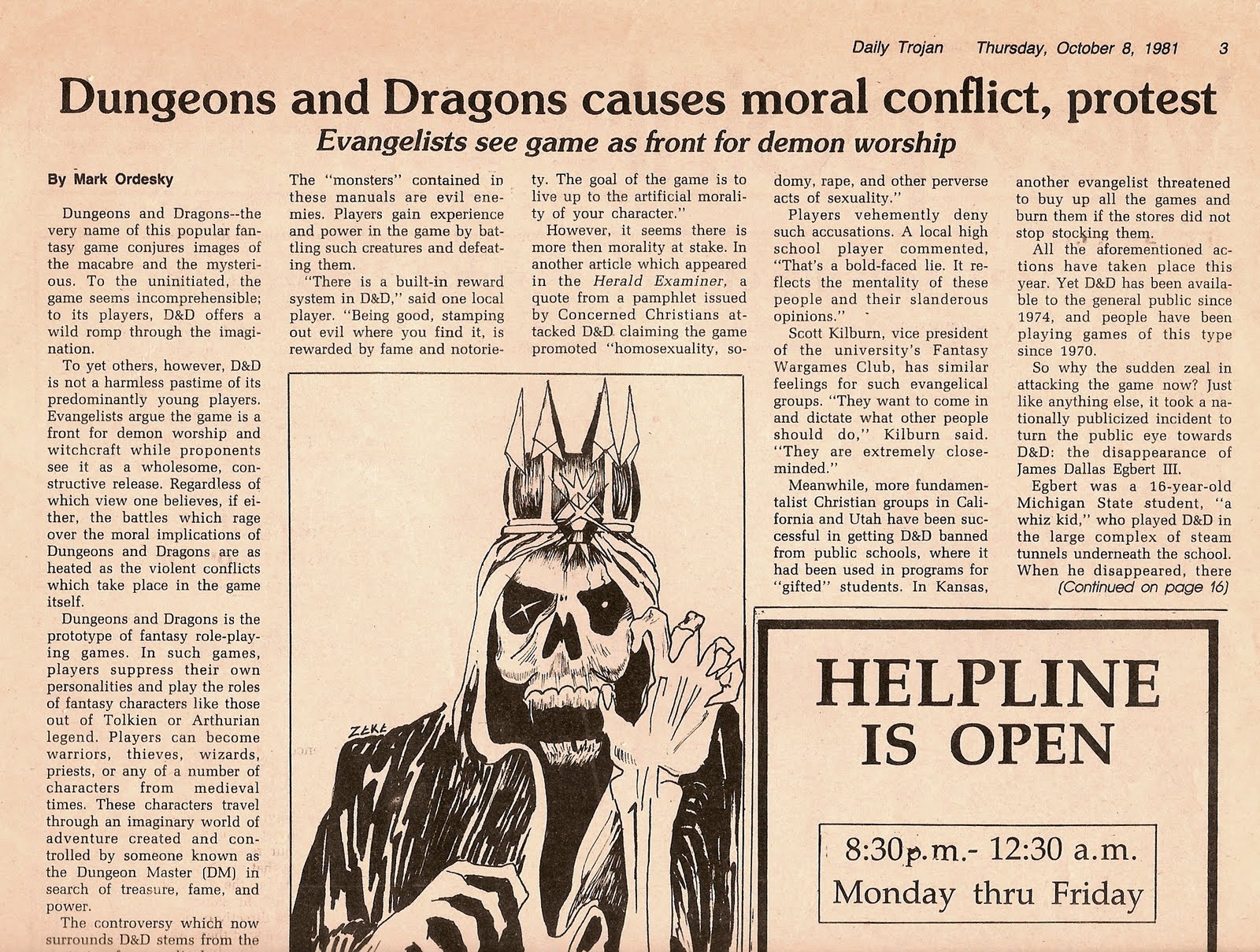 The next time Fox News has got you down, remember that, just 30 years ago, mainstream conservatives were scared that literal Satanists were sacrificing actual babies in their own hometowns, under the influence of Ozzy Osbourne and Dungeons & Dragons. Join Kier-la Janisse, author of HOUSE OF PSYCHOTIC WOMEN, for the launch of SATANIC PANIC: POP CULTURAL PARANOIA IN THE ‘80s, the latest anthology of essays from her Spectacular Optical imprint. As if that weren’t enough, stick around for a late night screening of Joe Dante’s classic suburban satire The ‘Burbs – for which I will turn the floor over to Dan Shea for this month’s PSYCHOTRONIC MOVIES IN OUR ZONE! –Oscar Goff 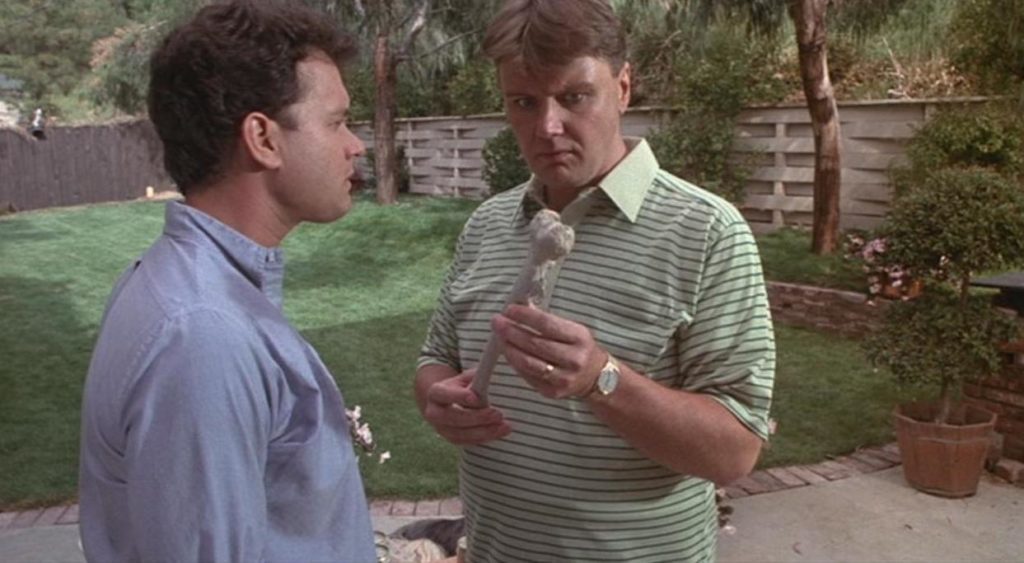 Maybe I’m crazy, but I have long thought that, if he had been alive in 1989, Sir Alfred Hitchcock could have made The ‘Burbs (he died in 1980). Yes, I regard this comic tale of suburban paranoia and satanic neighbors so highly that I think it is worthy of one of film’s all-time greats behind the lens. Maybe I’ve just seen Shadow of a Doubt (1943) too many times?

Joe Dante actually directed the film, and while he is no Hitchcock, he is still a legend of a kind, having given us both Piranha (1978), and Gremlins (1984). And The ‘Burbs, his absolute  pinnacle. In fact I would argue that The ‘Burbs is the career pinnacle for all of its major contributors: Tom Hanks (definitely his best), Bruce Dern (never better), Rick Ducommon (barely ever heard from before or after), and screenwriter Dana Olsen (career went up in flames starting with writing Memoirs of an Invisible Man (1992)).

Dante’s career also pretty much fell into the shitter post-The ‘Burbs, but birthed prior to these career implosions was a singular film that serves as a pillar of the “dumb friends involved in a mystery” genre.

Hanks, Dern, and Ducommun are an amazing comedy team that in some alternate universe probably found THREE STOOGES-like success. Corey Feldman is outstanding (?!) as the “meatball” neighbor kid who throws a party for viewing his neighbor’s hijinks. And look out for monologist Brother Theodore grimacing away as Reuben Klopek. I’m not afraid to say it: The ‘Burbs is one of my favorite movies of all time. –Dan Shea, PSYCHOTRONIC MOVIES IN OUR ZONE