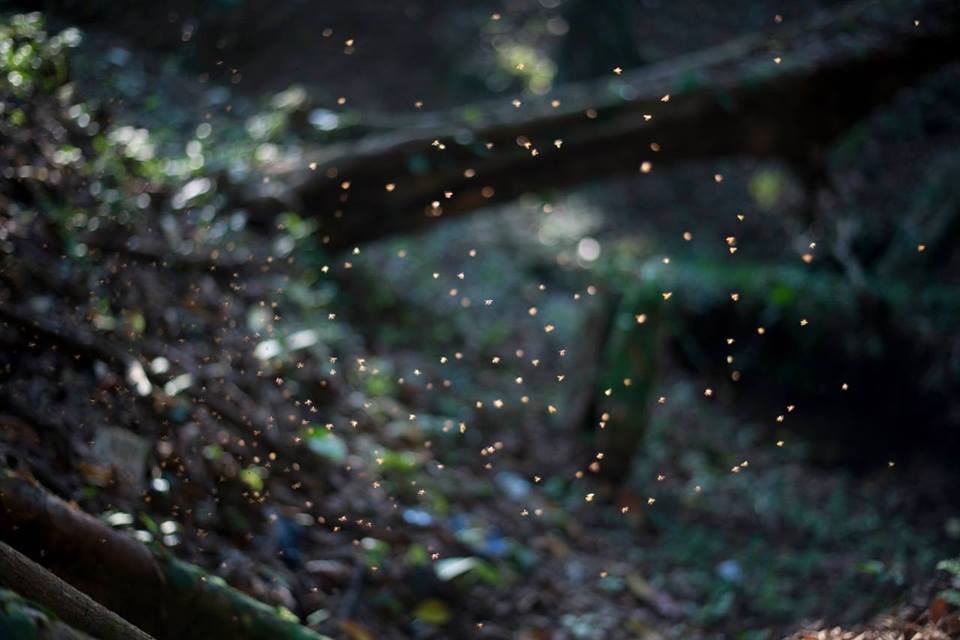 info via Below the Sky, Above the Clouds

Through the exploration of disparate regions, these three artists embark on a survey of place that reaches into questions of identity and environment. Considering connections between the personal and political, family and the state, and inhabiting verse migrating, each artist creates a dynamic representation of their subjects, in turn engaging with these spaces themselves.

Genesis Baez, raised between Puerto Rico and New England, photographs each of these sites in her projects, Otra Vida, Otra Vez and Reclamation. The images explore an evolving relationship to the prolonged implications of diaspora and displacement, while questioning the spectral nature of American neocolonialism in Puerto Rico. Báez invokes photography as a tool of resistance against loss and the erasure of memory inherent in displacement and colonialism. The images hold layers of resilience in a narrative perceivable by one who is betwixt and between.

Risa Horn presents a collection of photographs in a rhythmic and unmetered sequence of forms and subjects, leading the audience on a tour of a fictional composite space. The repetition of images mimics the visual and physical experience of living in a domestic space. The work documents gestures by un-pictured bodies, whose physical inhabiting of place reveals a particular political and social environment. These photographs were made in the homes of Horn’s family in Lima, Buenos Aires and Washington, searching for clues to the experiences that prompted migration.

Tova Katzman, born on a houseboat and raised on Martha’s Vineyard island, searches for moments of absorption and possibility in this body of work. The ocean, seen and unseen, is a central figure in these photographs. Created in multiple locations, including Israel, Spain, and Panama, the images are brought together by the presence of impending moments. Through a process that involves consistent interactions with the people she encounters, the artist touches upon a larger conversation about how we engage with one another while occupying our surroundings.