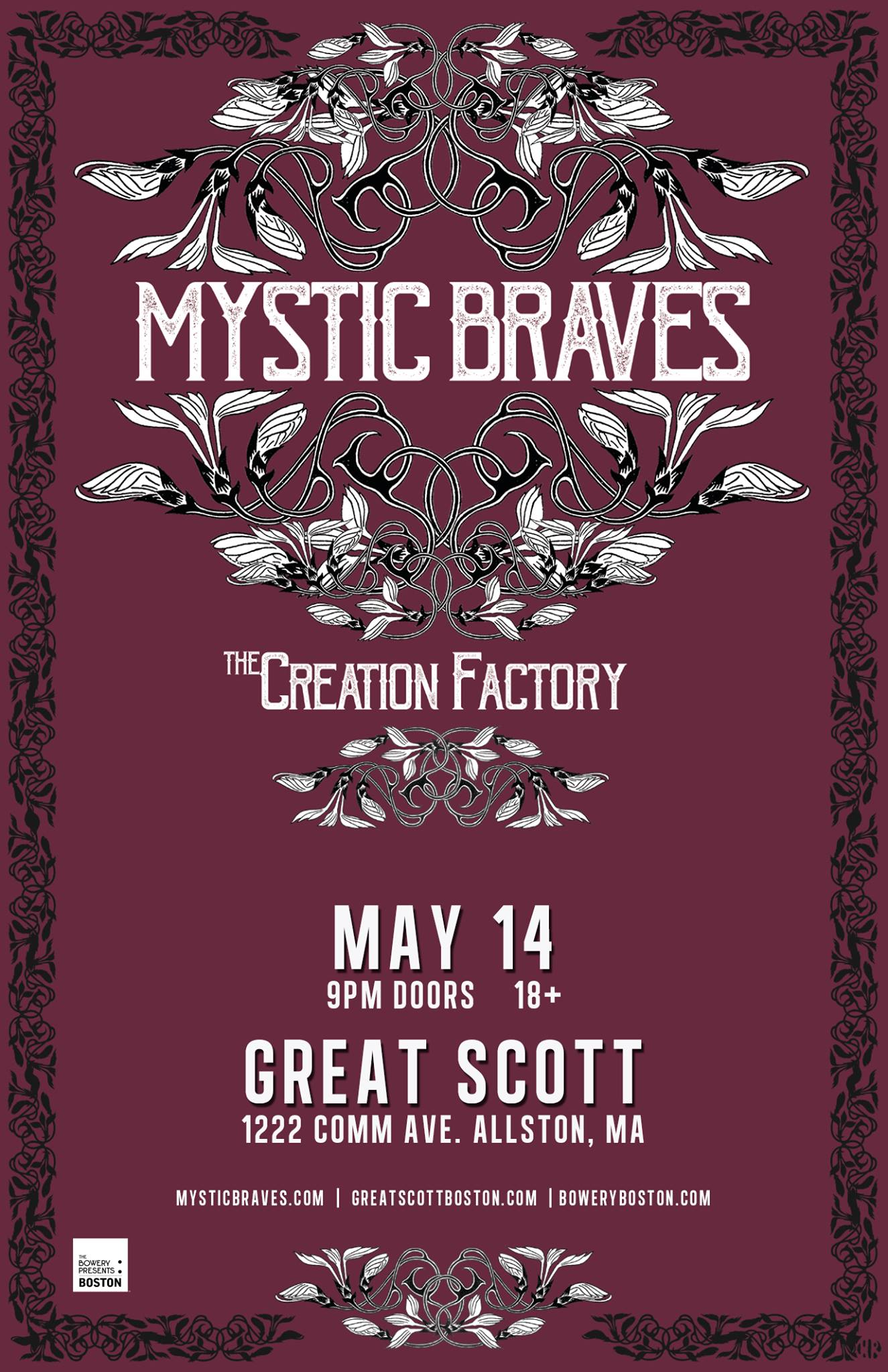 Mystic Braves might be rooted in the psychedelic scene of the 1960s, but the band’s moment is happening right now.

After an impressive 2016 North American tour boasting packed shows from Brooklyn to San Francisco and beyond, the band returned home to Los Angeles only to sell out their homecoming show at the Echo, in advance. It’s only the latest in a string of triumphs for the band, who saw record turnout around the USA and for their winter European 2016 tour with sell out shows in London, Paris, Madrid, Berlin, Leon (Purple Weekend) and several other European cities.

Based in Echo Park, the Braves — who are signed to influential indie label Lolipop Records — are at the forefront of a white-hot garage band revival, and when the band isn’t selling out shows across the country, they’re playing alongside legendary groups like The Zombies and Brian Jonestown Massacre or providing the soundtrack for can’t-miss fashion events like Saint Laurent Paris’ Spring-Summer 2015 collection. While the group — made up of Julian Ducatenzeiler on guitar and vocals, Tony Malacara on bass and vocals, Shane Stotsenberg on guitar and vocals, Cameron Gartung on drums and Ignacio Gonzalez on organ and tambourine — isn’t straying far from what Ducatenzeiler calls “a blend of influence and sound that is unprecedented in contemporary music”.

“We’ve always been a pop-structured psych band and we’re continuing along those lines,” Ducatenzeiler says. “But we’re trying some new things out as well. We’ve elevated the songwriting” Indeed, the group is experimenting with more exotic instruments and is building a library of new songs to show off its invigorating style not only in the studio but at a series of big-ticket festivals including Burgerama, Beach Goth, Desert Daze and the Austin Psych Fest.

It’s a long way from how the band began. “We had no idea when we started that we’d come as far as we have,” Ducatenzeiler says. “But from the moment we released our demos, people have really responded.”

“Bust out the wavy gravy and let the psychedelia flow. The sold out crowd, unplugged and tuned into the Mystic Braves who are the grooviest boys you can imagine, came back to LA to close out their tour. Sporting the authentic style of the 60s and perfectly matching hair, the band infused a new edge to their style of retro music and the fans caught every chance to ride a wave. The flower power on their album Desert Island kept the kids up well past midnight and inspired moshing on every jam.”

“The scene at the Troubadour was indeed a dream-like, mind-bending, mind-altering, mind-expanding, mind-blowing musical trip.”