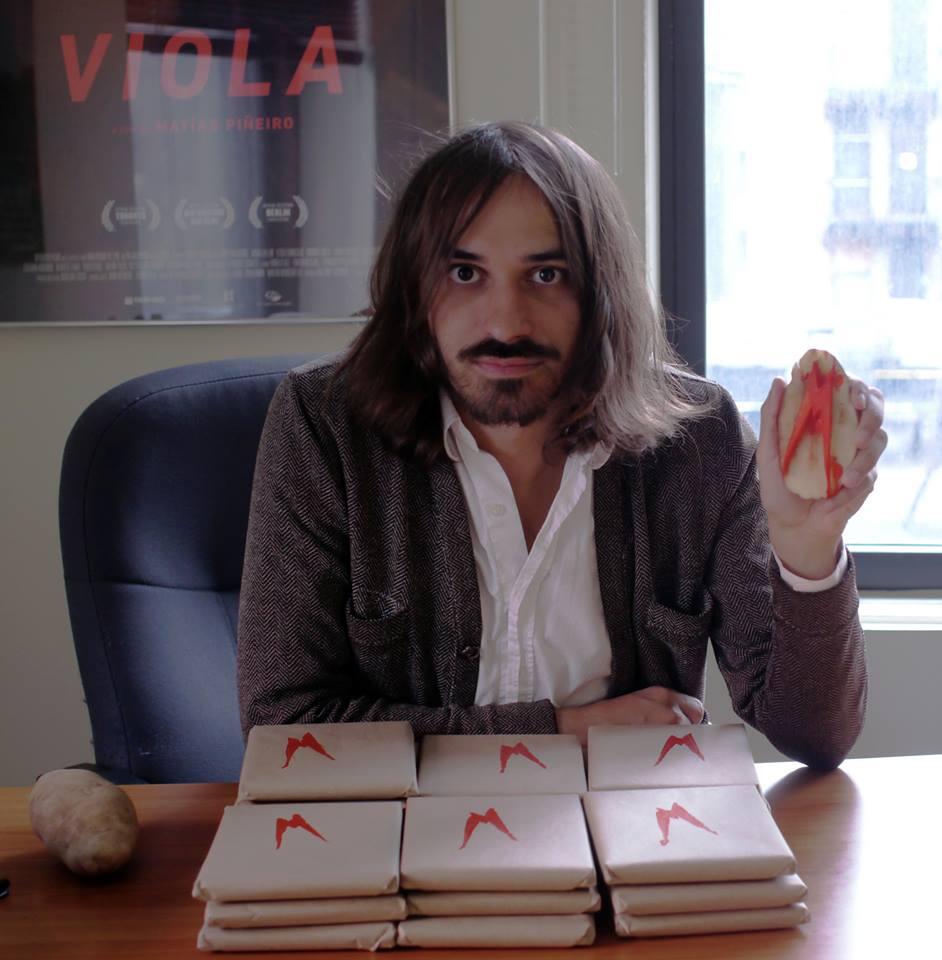 Well, this is terrific. The wonderful folks over at the MassArt Film Society are hosting a screening tonight of 2012’s opaque but enchanting diversion Viola, and they even have the film’s director, Matias Pineiro, on hand to talk about it. Excellent. Go.

Shakespeare-besotted and (unmissably) Rohmer-inspired Argentinian director Matías Piñeiro, besides being one of the more interesting young filmmakers to come out of Latin America in recent years, is also, I’m sure we can agree, an extremely good-looking man. He’s the closest thing we have to a Jared Leto on the other side of the camera. I mention this because, you know, another selling point. But not only that: it arguably informs (and infects?) the kinds of films he makes as well.

Piñeiro’s most recent film, The Princess of France — a 2014 festival favorite due to receive its domestic release sometime soon — features a handsome young theater director (played by Julian Larquier Tellarini, reprising his role from 2011’s Rosalinda) navigating a messy florescence of dalliances with a series of his own actresses. This sort of roundelay recurs repeatedly in Pineiro’s still slender body of work, which also evinces a consistent fascination with the intersection of literature and lived experience, as expressed in a loosely, even luxuriantly associative, dialogue-rich style of story-telling that echoes not only Rohmer but also the films of Abdellatif Kechiche, among others.

In the trilogy of films that concludes with The Princess of France, productions of Shakespeare — along with copious quotations therefrom (questions re: translation, whether by accident or design, create another layer of ambiguity) — are nested in stories about the romantic travails of the people in and around them, with all of it ostensibly inspired by a story-cycle by 19th century French symbolist Gerard de Nerval. Heady stuff, from a pretty man. Viola, the middle film in the trilogy — no through-story knowledge required — is on tap tonight. It would be worth your time all by itself, but Piñeiro’s presence makes this an extra-special event for cinephiles.

MassArt Film Society shows are held in Screening Room 1 in East Hall in the Film Department. Shows begin promptly at 8PM unless otherwise noted. Suggested Donation is $4 at the door & FREE to the MassArt Community with their ID. Donations are used to give visiting artists something for their expenses of coming to show their work.