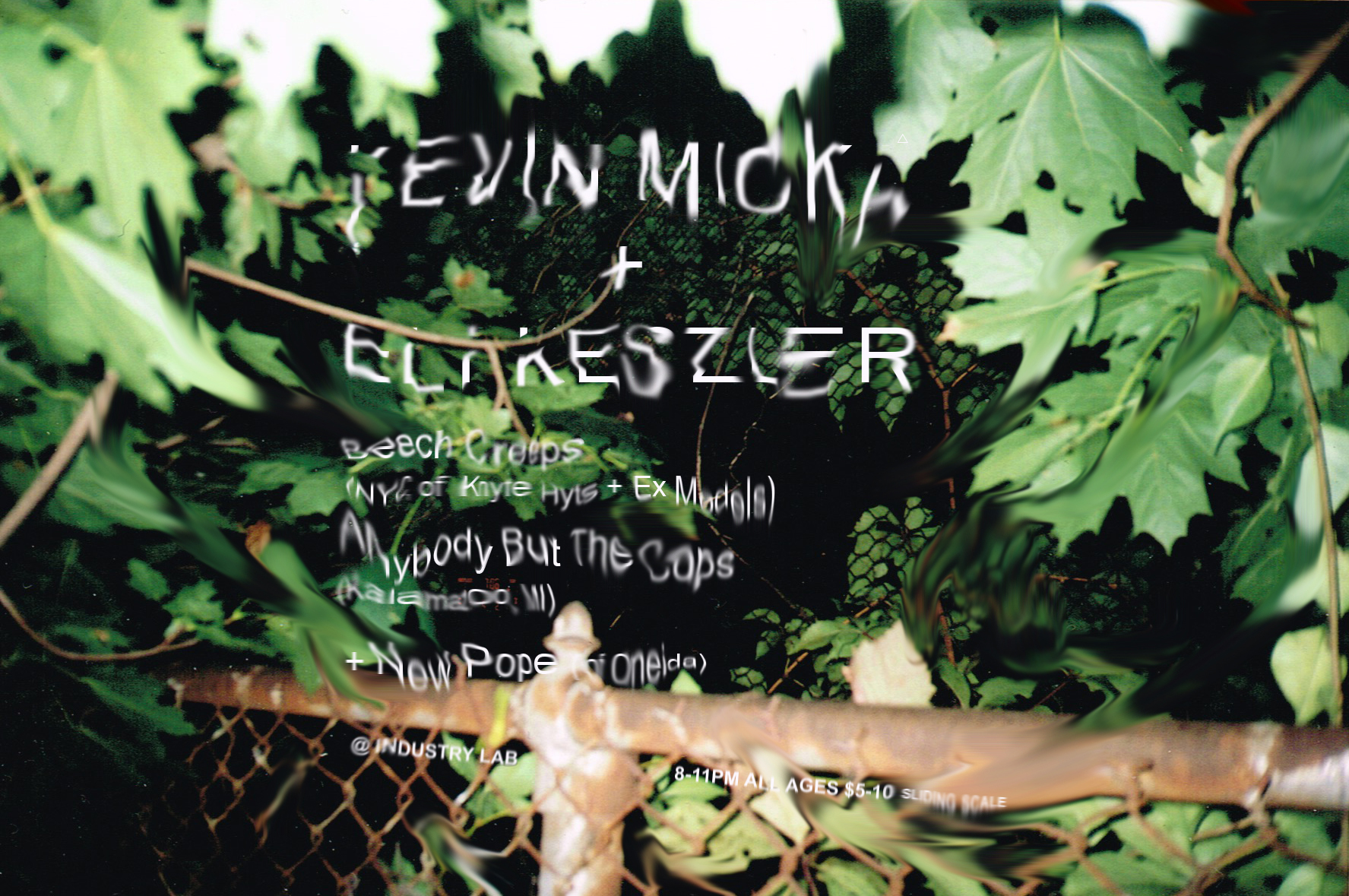 Home to dozens of art and music schools combined, the Greater Boston area has no shortage of potential talent worth hearing live, on both the experimental/academic and the demotic/up-from-the-basement sides. Factor in the city’s constant population exchange with Providence, Worcester, Portsmouth, the Happy Valley, and Ridgewood, Queens, and the pool is, or should be, unlimited. Be honest, though—how often do you see performers grounded in both camps, the cerebral and the yawp? Everyone makes the claim, especially in Boston, where it’s a political imperative if you’re presenting “art” music—show your ink at the recital entrance—but it’s rarely true. It’s your SIM mentor’s raw-food-enthusiast ex-roommate, whose Squarespace site informs you in tiny, fish-eyed Arial font that he was a “key originator” of an industrial-noise “project” that really ended when he was 16 and post-Magic the Gathering–style craaazy. Then at the show he turns on a feedback-mic’d egg timer and leaves the room. The real avant-populist hybrid never happens (or, stays) in these parts—I challenge anyone to provide a real example. Meanwhile, overacademicized music sells itself with a tastefully grommeted leather bracelet.

And that’s where this evening’s lineup at Industry Lab comes in: The Only Show That Matters This April. It’s the elusive hybrid: physical engagement and conceptual depth.

Kevin Micka shouldn’t need any introduction within 100 miles of the Pozen Center, but his stints as the impresario-conductor behind the massive ensemble performances of Animal Hospital are a relatively recent incarnation; and his ground-upwards one-man-band constructions under the same name are only contrived if you’re a dolt. Think of their cascading, filigreed tectonic plates pinging against each other as a contemplative outgrowth of the grotty, quadratic instrumental rock he played with the Common Cold a decade ago. Tonight he’s a duo with Eli Keszler, an experimentalist collaborator who shares his taste for careful custom assembly. Who knows what they’ll do, beyond that it’ll involve self-made gear and have something tactile to go with its brains. Brooklyn’s Beech Creeps have the damned decency to be one of those “Beach”-named bands spelled wrong, and therefore something totally different—the Black Lagoon creature that stalks ashore and clubs their twee ilk to the ground, maybe while wearing a sleeveless Thin Lizzy T-shirt? Imagine Godspeed You! covering the Cars or “Voices Carry.” I gave up knife hits years ago, but I’ll welcome the dark, garish memories. Kalamazoo’s Anybody But The Cops have some tasty math going on—you could say a stoner-Gandalf-guitar version of the Common Cold, actually! They do this for fun, I think, which’ll round things out. Oneida just got off a European tour with some Italy dates, so maybe that’s the idea behind members playing in a group called New Pope. D’you care? If you’re of a certain age, it’s why you’re going to the gig to begin with.

I’ll be there, leaning against the paper-thin partition wall in a slightly constricted pose of sublimated sexual tension. Don’t bother talking to me, though—I’ll be unimpressed with your overly faunlike or Fonz-like affect and your thoughts on the Scott Walker box set, and I’ll be concentrating on the fucking music. —Guinevere Gorllewin

Anybody But the Cops