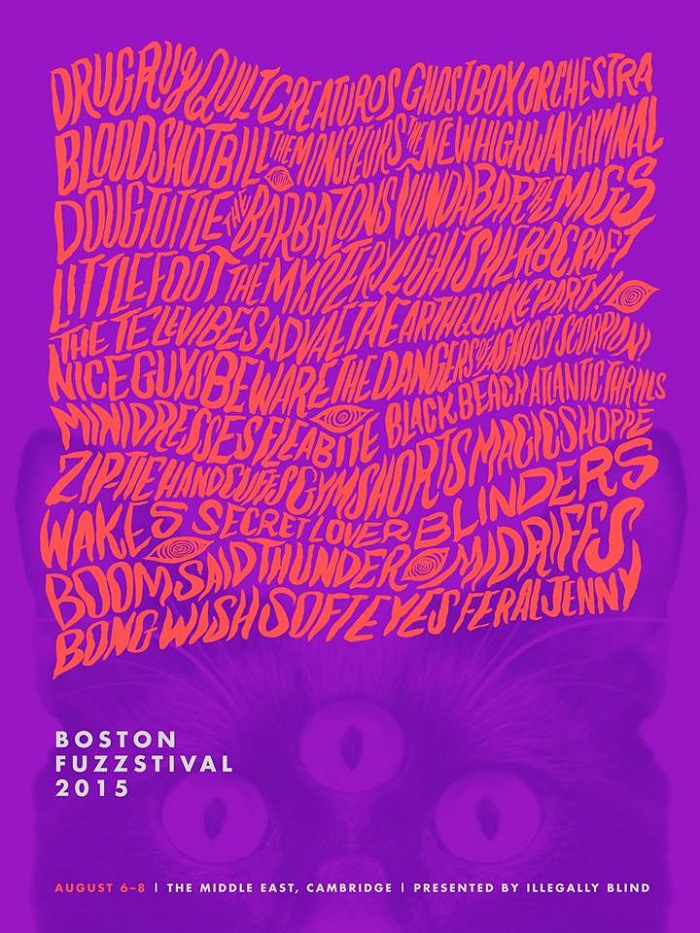 Fuzzstival, hands down one of the greatest celebrations there is of the Boston and wider New England music scene, begins its three day run tonight at the Middle East. The fest encompasses a hefty scope of musical styles, but it’s all stuff you can bop your head to while still feeling a strong undercurrent of surreality. Among the sounds you’ll hear will be the sunny sonic stitches of local heroes like Bong Wish and Mini Dresses, as well as some acts from farther afield, like the shape-shifting groove of Portland’s Herbcraft and the jangle explosion of The Migs (NH). Fuzzstival is a capital E Event. If you’ve never been, you ain’t one of us yet (music locavore losers). But thanks to the continuing heroism of organizers Illegally Blind, you have the chance to remedy the situation. Seize the fuzz!