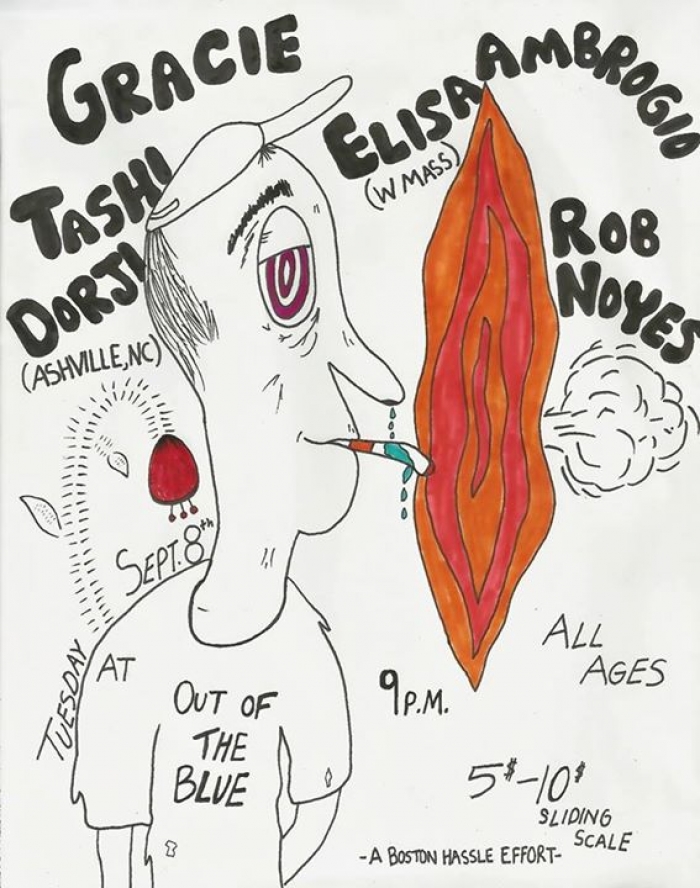 There are nights when Boston Hassle creates a sense of pure magic. This is one of those nights, as Magik Markers’ Elisa Ambrogio and Bhutanese-American guitarist Tashi Dorji kick off their joint tour in our fair city of Cambridge, Massachusetts.

Elisa Ambrogio is still riding high on the success of 2014’s Drag City release The Immoralist, which has garnered favorable reception pretty much everywhere. To add an extra layer of fuel to this fire, Ben Chasny will be joining Elisa for a limited set of dates as the “Improvisational Duo,” which hints at some hitherto unforeseen sense of magnificence that could only be experienced live and in-the-moment.

Tashi Dorji, meanwhile, is a spitfire musician who seemingly cannot resist putting out an album or collaborative effort every two or three months – oh yeah, his guitar playing is absolutely not to be missed.

Local guitar slinger Rob Noyes will be lining up in support, laying down some schooling in classic Piedmont-style American Primitivism.

This is a show, dear friends, not to be missed. Get there early and get there often – or at least get there the evening of Tuesday, September 8.