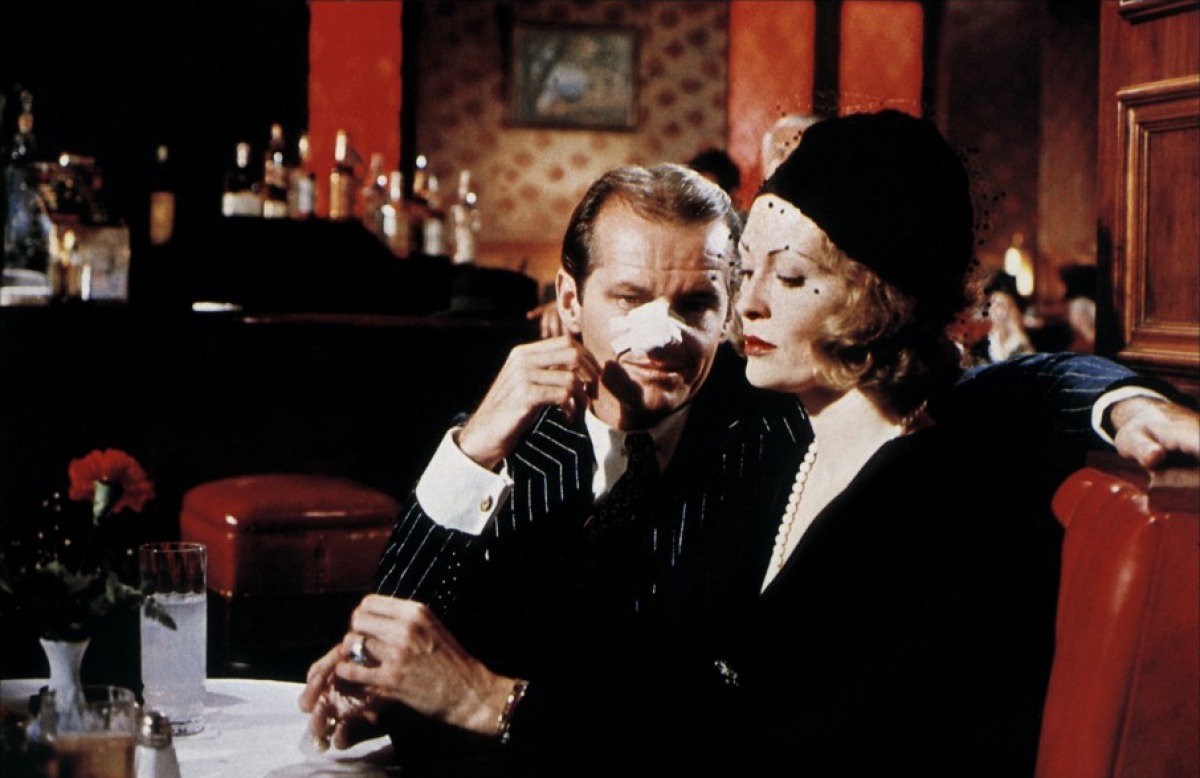 Few filmmakers work better in the confines of genre than Roman Polanski, who in 1974 took a shot at noir and made Chinatown. Chinatown is, at first glance, a relatively straightforward neo-noir film compared to others in this week’s Sunshine Noir series. It manages to be both a ’70s cultural artifact and a noir film that might have been made without the censorship of the ’40s and ’50s. While all the other films in the Sunshine Noir series are either contemporaneous or set in the ’70s or ’90s, Chinatown is the only film in the series taking place in a time when original noirs were actually being made. Nevertheless, Chinatown feels less like an homage or mimicry of those earlier films than it does like a collection of ’70s anxieties: of social, sexual, and economic ills, filtered through a time 40 years earlier, with all the (seeming) distance that earlier period provides.

The stars aligned as a powerhouse of talent came together all at the prime of their careers. Written by Robert Towne—who was nominated for an Oscar the previous year for the 1973 Hal Ashby film The Last Detail and turned down an offer to adapt The Great Gatsby to do this passion project—the film that resulted is set mostly in the bright languor of ’70s-standing-in-for-’30s L.A., both boom times in the city’s development, but ends up being much darker and more perverse than the earlier films set in the dark that inspired it. J.J Gittes, played by Jack Nicholson, is a seedy private eye who is hired to catch a cheating husband in a seemingly open-and-shut case. When the husband is found drowned in a freshwater reservoir, Gittes does a bit of digging and unravels a nefarious plot that goes much deeper, and is more all-encompassing, than he expected.