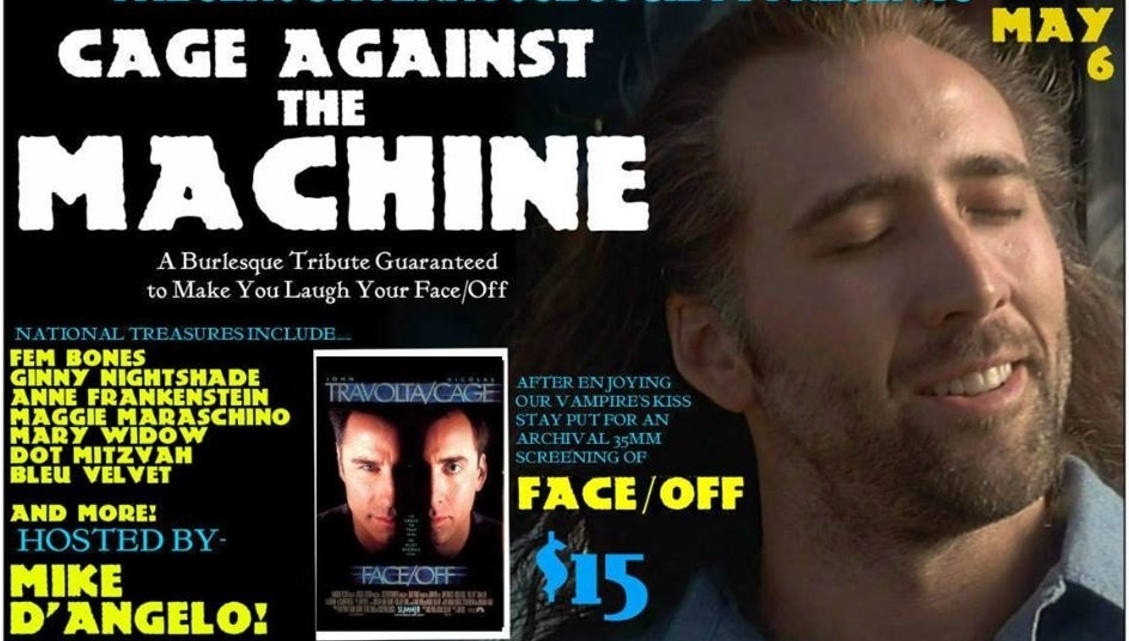 How did Nicolas Cage go undetected for so long? For over 20 years, he managed to pass as a typical Hollywood A-lister, despite turning out performance after performance of scenery-shredding lunacy; it was like Crispin Glover somehow inhabited the body of Richard Gere. Fortunately, in the past ten years or so, America has finally realized what a national treasure (sorry) they have on their hands. With that in mind, the Somerville Theatre pays tribute in the most fitting of ways: with a night of sexy dance and sassy comedy! Join some of New England’s brightest burlesque stars as they salute the likes of The Wicker Man, Vampire’s Kiss, and Con Air, hosted by noted film critic Mike D’Angelo (The AV Club, Esquire)! As if that weren’t enough, the evening is capped off with a screening of John Woo’s jaw-dropping Face/Off, in which John Travolta attempts to out-Cage the master (who himself is at his absolute Cagiest). Oh, and if you happen to know how it got burned, please contact Compass editorial.