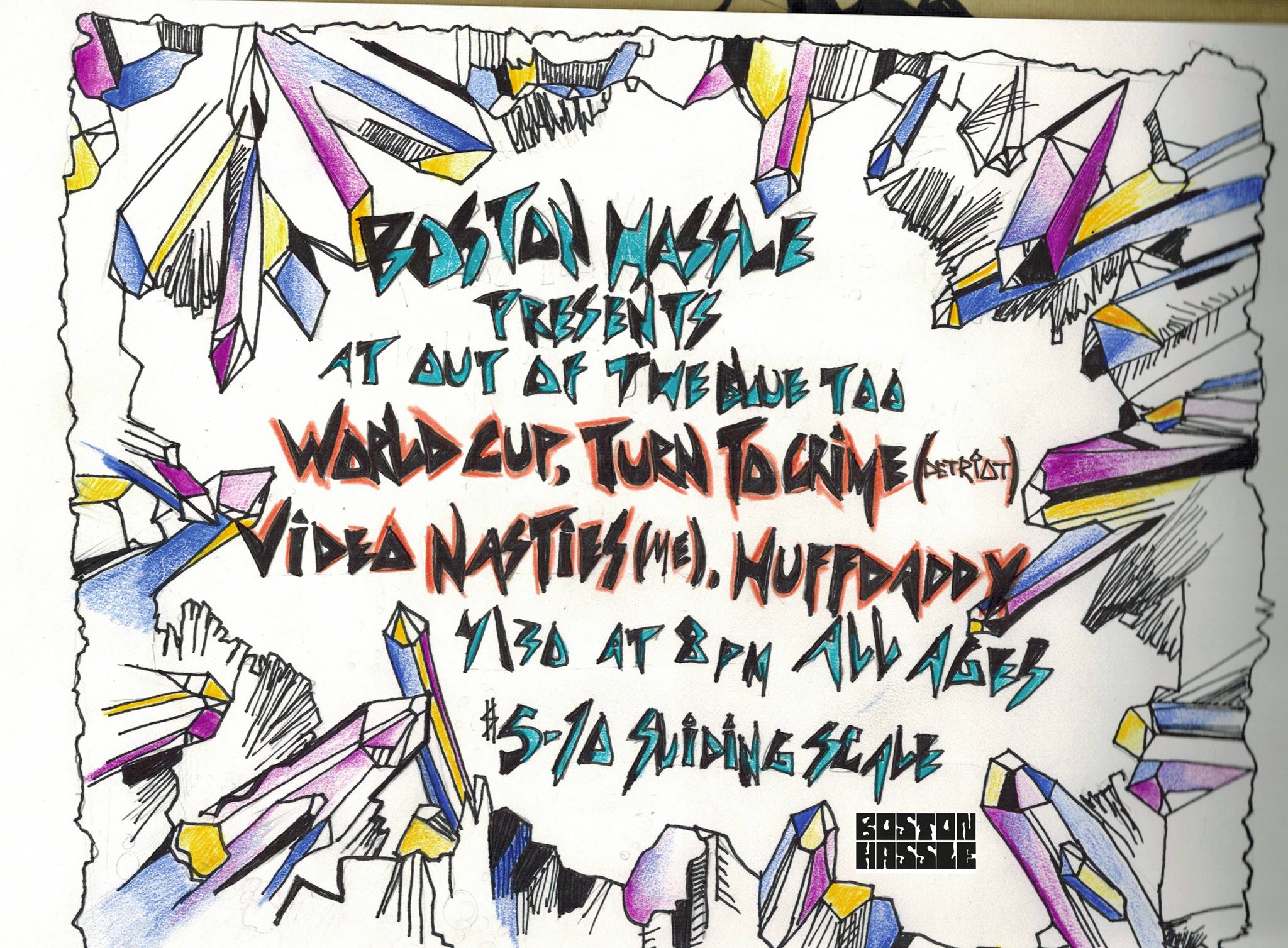 If the slacker garage-rock attitude could manifest itself into a four-band ELECTRONIC bill, this would be it. On this Thursday evening cool cucumbers peel off their leather and denim jackets for a moment to cut themselves down into hazy beats and woozy melodies, and to make one filling portion of CHILL. Turn To Crime (Detroit) are already returning after their Boston debut back in February and they are bringing their dark, scuzzy, post-punk drone tones despite no drum throne. Matched in musical stonedednesses is Allston beat-creeper Huffdaddy of the famous SBC dungeon. World Cup brings it up to world-class status with their way-out-there but tight, pulsing hypnotic party jams. And Video Nasties? The name says it all, sick freaks from Portland, Maine make sexy glammy loungy electronic offerings that literally DEMAND the engagement of your hips. They played NEUMF last year and one dude fell over during their set cause he was fighting against the urge of his hips to sway back and forth to their music, true story. Be there. ~Sam Potrykus