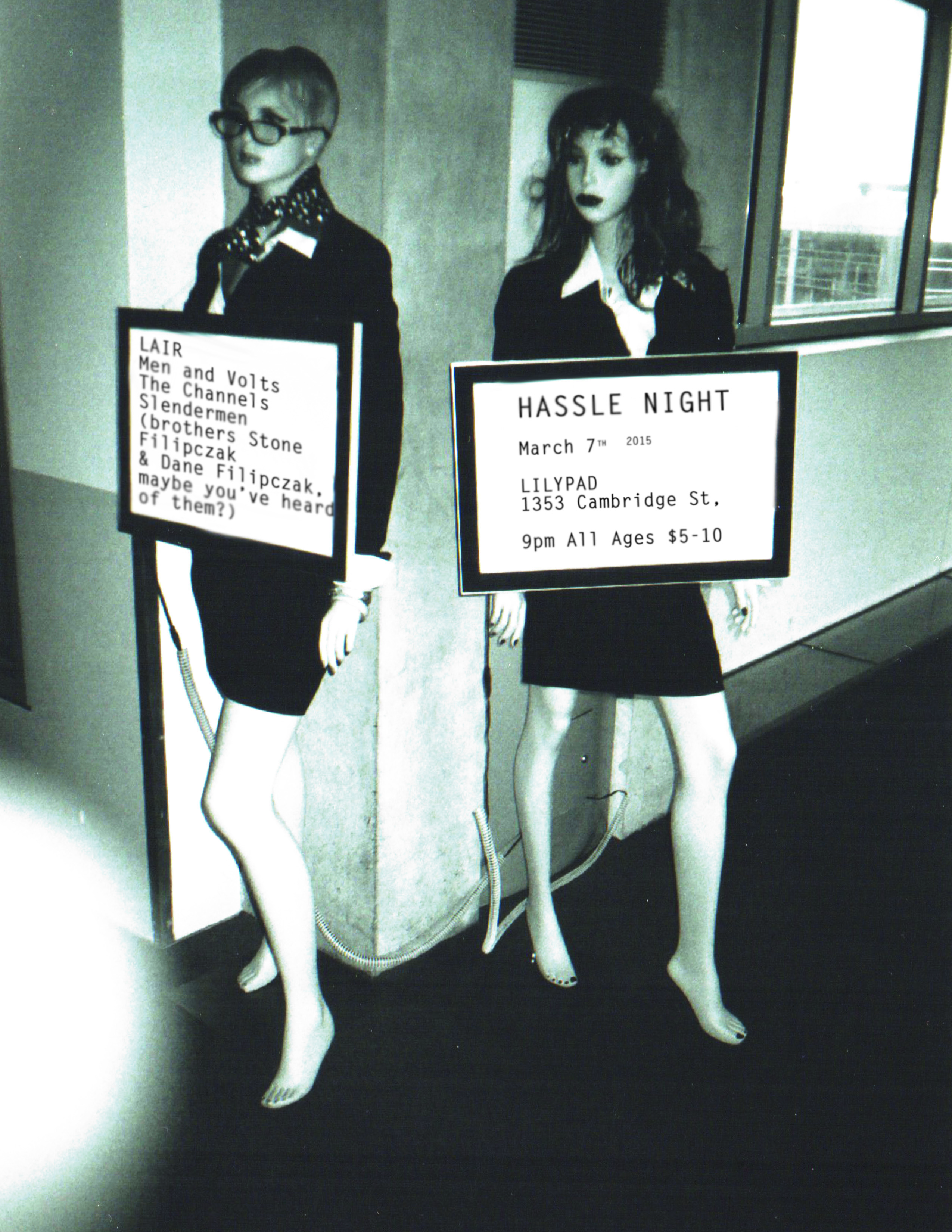 It’s not often that we get the chance to highlight a re-formed band from Boston’s ripe early 80s underground music scene, but that’s exactly what we’re doing tonight. MEN AND VOLTS have reformed as a box set of their recordings is being released.

Their offbeat blend of myriad rock genres collides this night with some of Boston’s best underground rock somethings, THE CHANNELS (of fried up art punk, and featuring a son of a MEN AND VOLTS man). SLENDERMEN also join in, making their Boston debut. Coming up from Baltimore they are duo featuring DESIGNER singer Stone and his twin brother Dane!