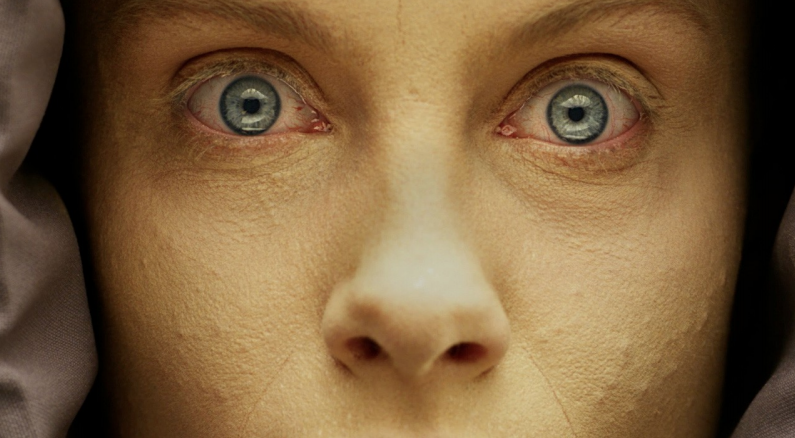 It will come as no surprise to longtime Hassle readers that we love the Boston SciFi Film Festival. Now in its forty-fifth (!!) year, Boston SciFi is the country’s oldest genre film festival, and its fest-closing 24-hour movie marathon is a beloved tradition among the Boston area’s most beloved cinematic traditions. But we also love it because, for the ten days leading up to the ‘thon, Boston SciFi reliably showcases a truly dazzling array of films you simply will not see anywhere else, from the independent to the indescribable. Both of these words certainly describe Bidzina Kanchaveli’s 1000 Kings, a dazzlingly psychedelic sci-fi head trip which tells its story through intense colors and visuals rather than dialogue. The Hassle is proud to present 1000 Kings’ US premiere tonight at the Somerville Theatre, followed by a live Q&A with director Kanchaveli and producer Pierre Durst (moderated by yours truly!). In advance of the screening, I spoke with Kanchaveli about his film, his methods, and the origins of the universe.

BOSTON HASSLE: What is the origin of 1000 Kings?

BIDZINA KANCHAVELI: The origin of 1000 Kings was a bit ambitious. It tries to establish the universal story and the universal world, which the viewer can adapt, understand, and translate as they interpret it. For me, this story happens before the creation of the universe, and in fact caused its creation.

A world that exists nowhere yet it exists eternally.

BH: The film has a very distinct style. Who or what are some of its influences?

BK: There is no doubt that there have been influences. However, the intention for 1000 Kings was to really be created in its own style. Polishing and completing this aesthetic took more than eight years.

There are many parallels to classical paintings and I definitely took inspiration from that, which I then translated in this unique style.

There are common foundations, on which most movies are based; it could be famous actors, a strong script or sometimes digital effects. 1000 Kings tells its story through its aesthetic. This aesthetic is just not the flying balls, the objects, the colors, and the room, but also the way the actors play and present their roles.

BH: Did you run into any difficulty in the making of the film?

BK: Real difficulties I would say no, but there are always situations and challenges and you need to find solutions for them. Often these problems were very specific, and when no one really knows an answer you have to think on your feet, improvise, and come up with a solution yourself.

Also, for the actors it was a huge challenge to be in full costume. Some of them were really warm,  [especially] for such long hours and doing everything in front of the green screen.

There are very few movies with actors that are entirely shot in front of a green screen.

Maybe it doesn’t look like an elaborate production, but trust me when I say that it was probably more difficult than most modern science fiction movies, in which you see people flying and all kinds of special effects. This was mainly because we had to find simple methods and solutions to master our challenges.