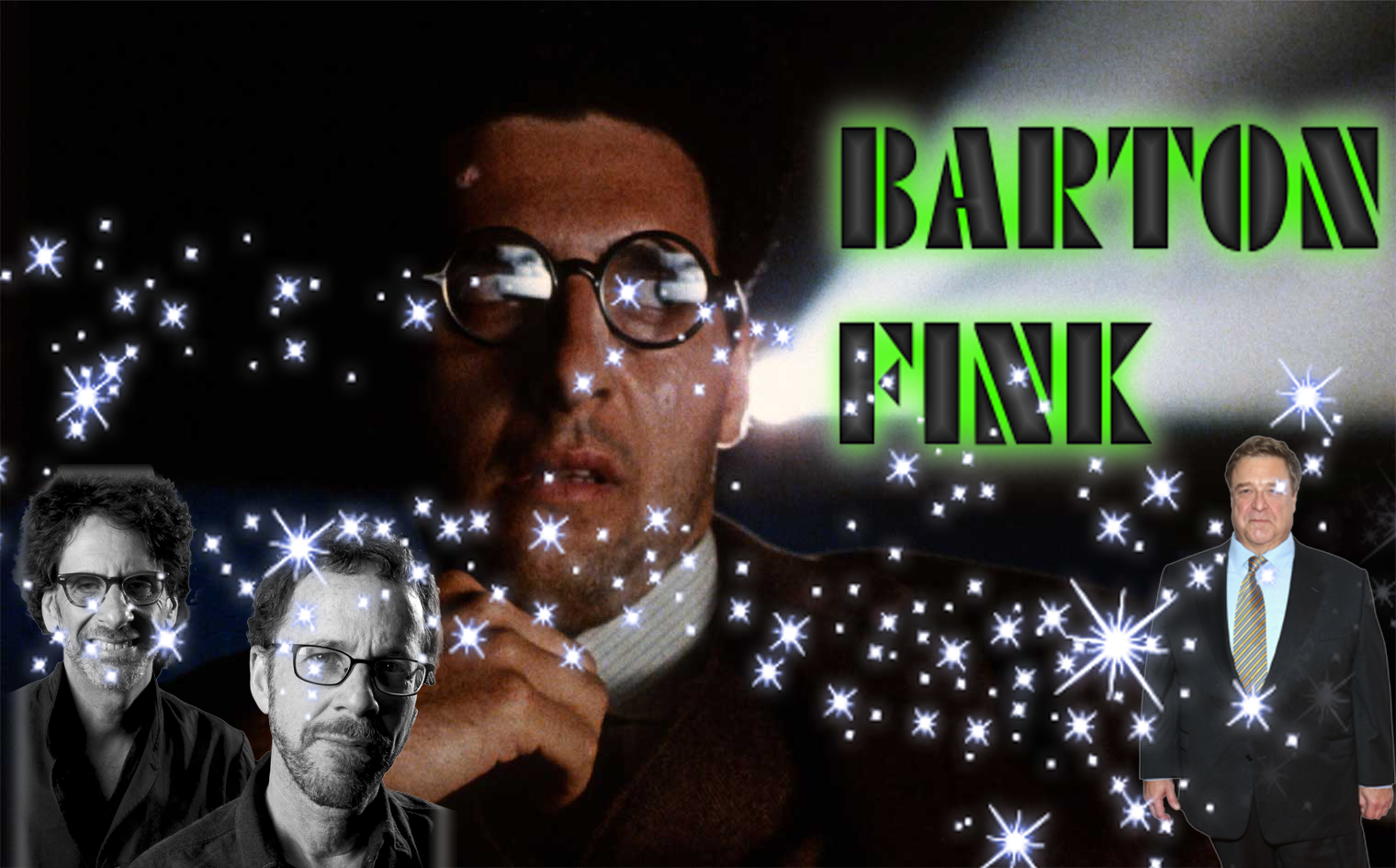 The spark for Barton Fink came to the Coen Brothers during a bout of writer’s block. They had no idea how to finish their script for Miller’s Crossing and instead — in what I assume was a bout of passionate desperation — barreled headlong into what became Barton Fink. The script was finished in a measly three weeks. The result: a story of writer’s block inspired by writer’s block — a searing self-indictment of writers and the futility of most art.

The plot concerns the titular Barton Fink (an incredible John Turturro), a New York playwright in the 1940s who markets in the plights of the working man. Barton is obsessed with showing that the struggle of the ‘fish-monger’ is as noble as any king — but despite the grandiosity of his ideas on the manner, Fink remains a pretentious egotist utterly detached from the ‘common man.’ Amongst the Coens’ many unlikable protagonists, Barton might take home the championship belt for least appealing.

When given the chance to go to Los Angeles and write for ‘the pictures,’ Barton drags his feet, but can’t resist the money. The big studio sets him up in a hotel, tells him to write a wrestlin’ picture, and go-from-there. Of course, Barton has no idea what to write. From here, in typical Coen fashion, Barton encounters a strange array of characters. Most noteworthy amongst them is Charlie, his ‘hotel-neighbor,’ an insurance salesman played spectacularly by John Goodman.

And that’s about it, as far as plot set-up goes — most of which all feels incidental to the ideas at play. Barton Fink is purposefully unclassifiable. An existential horror movie, a whodunit, a comedy of errors, an art-film that is anti-art-world-pretense, and a Hollywood motion picture that thinks Los Angeles and Hollywood is the closest thing to Hell on Earth.

The movie is inscrutable, challenging you to figure which of its many symbols and allegories have deeper meaning and which are merely plucked from the mind, an idea caught and then realized via the camera. Barton Fink is probably the closest the Coens get to being Lynchian. Tone is so important to this movie, more so than the Coens’ other films. Much like a Lynch movie, the experience of watching Barton Fink seems more important than the dissection of it.

(Also, see how the character of Barton himself has a crop of hair very reminiscent of Jack Nance in Eraserhead?)

This is the third time I’ve seen Barton Fink now, and every time my reaction has been different. Although, on each viewing I’ve had my mouth agape during its climax — one of the greatest scenes in the Coens’ filmography, and in all of contemporary American cinema.

“I’ll show you the life of the mind!”